INSIDE: Everything you need to know about MOTAT Aviation Hall & the MOTAT aircraft display you’ll find there.

Be wowed by the giant planes inside the MOTAT Aviation Hall – the MONSTER SIZED SHORT SUNDERLAND aircraft is the biggest one of all.

It’s truly a sight to be seen!

It’s one of four left in the world, and the only complete example in New Zealand.

The Sunderland served with the British and New Zealand Air Forces, in Maritime Search, Reconnaissance, and Mercy missions.

Read the guide below for details of this MOTAT plane, & what other treasures you’ll find here. 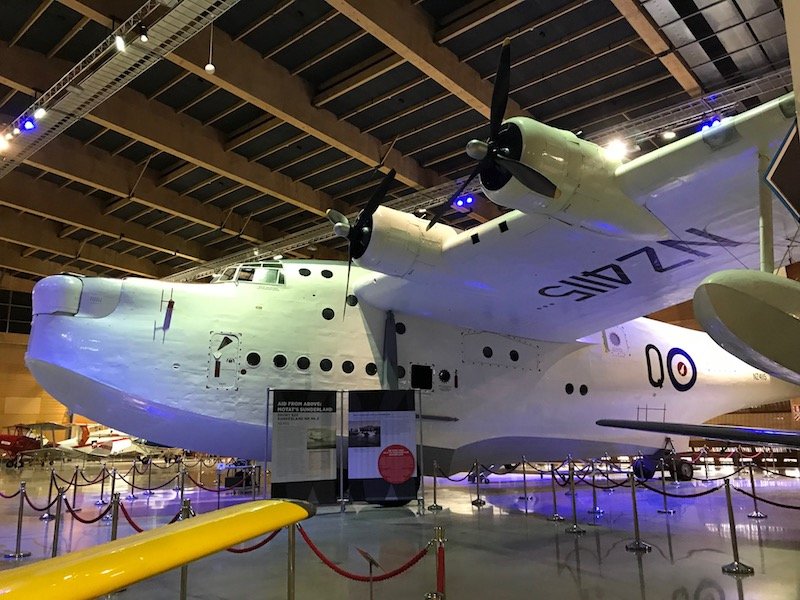 This mammoth aeroplane was gifted to MOTAT when it was retired from military service.

To date, the Sunderland has been:

The interior lighting and the keel has been repaired, and they are currently cleaning the interior, and restoring the gun turrets.

The tail of the Sunderland has been removed for repair work on the tail planes, fin and rudder.

The entire tail will be reattached to the body of the aircraft when the work is complete.

If you’d like to contribute to the project, give a little here 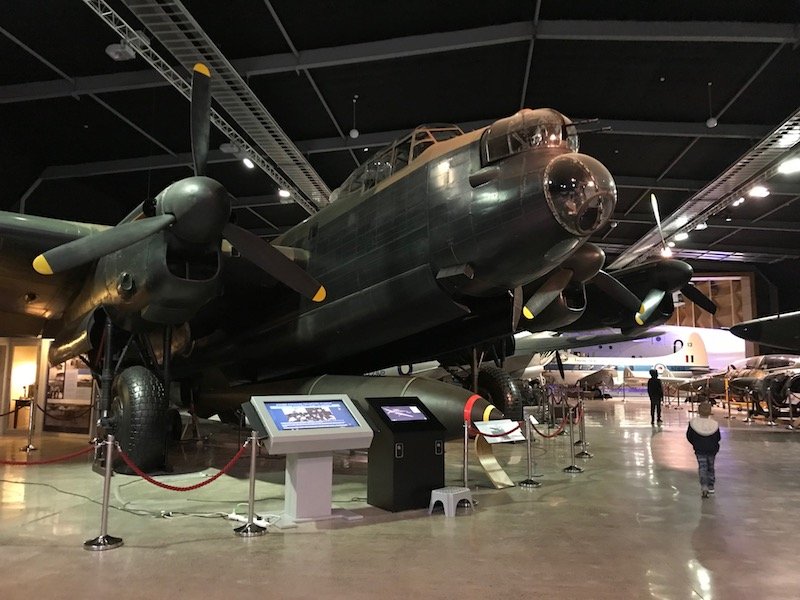 Inside the MOTAT Aircraft Display

There’s exhibitions by Jean Batten, and the Walsh Brothers, other collections & engine displays too. 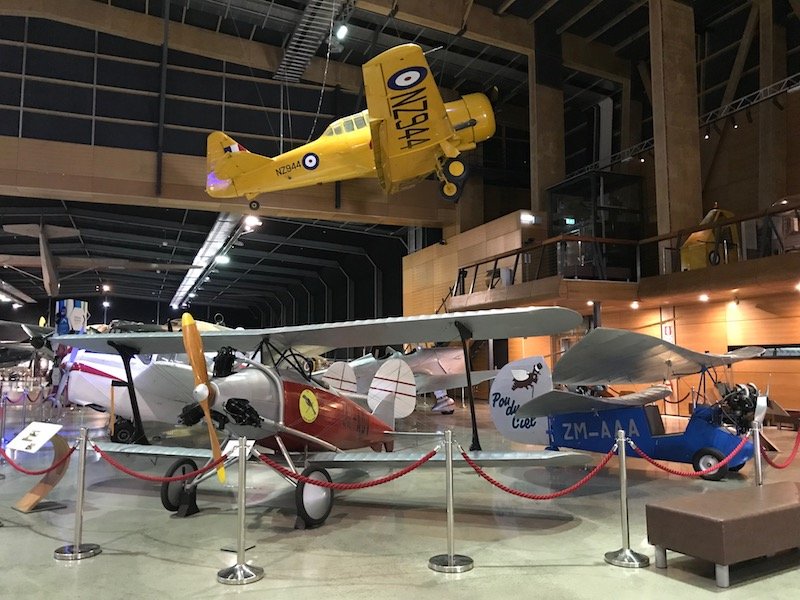 The aircraft inside this hall include recreational, top dressing, commercial and military aircraft including:

The exhibition celebrates the evolution of New Zealand aviation since February 1911. 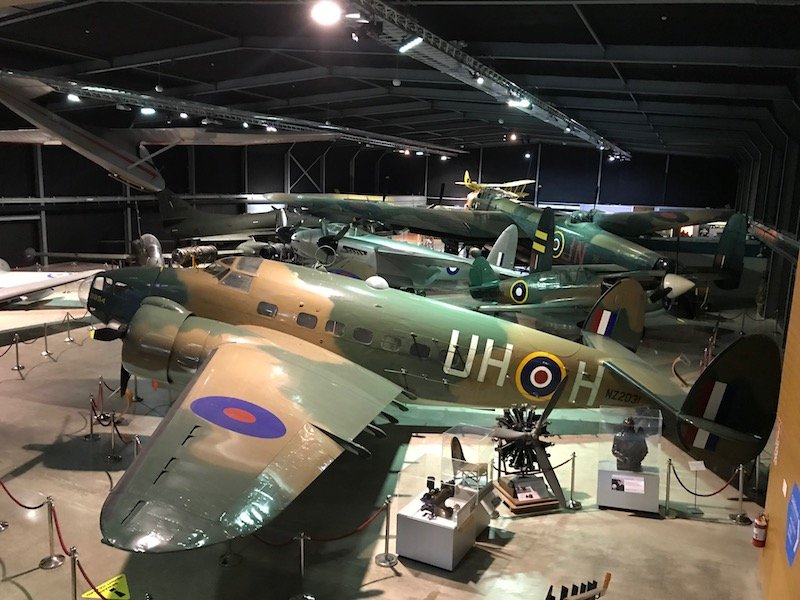 Size of the MOTAT Plane Display

One thing is for sure, there is NO WAY that photos can do these airplanes justice.

You will GASP OUT LOUD at their size, just like we did. 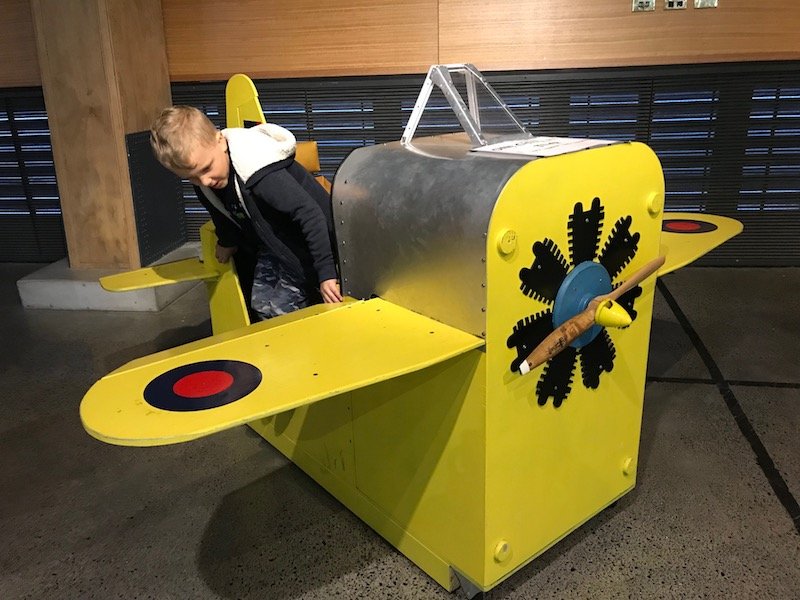 There’s a couple of fun hands-on activities for kids at the far end, left hand side of the hall.

RELATED: Monster List of Things to Do in Auckland with kids! 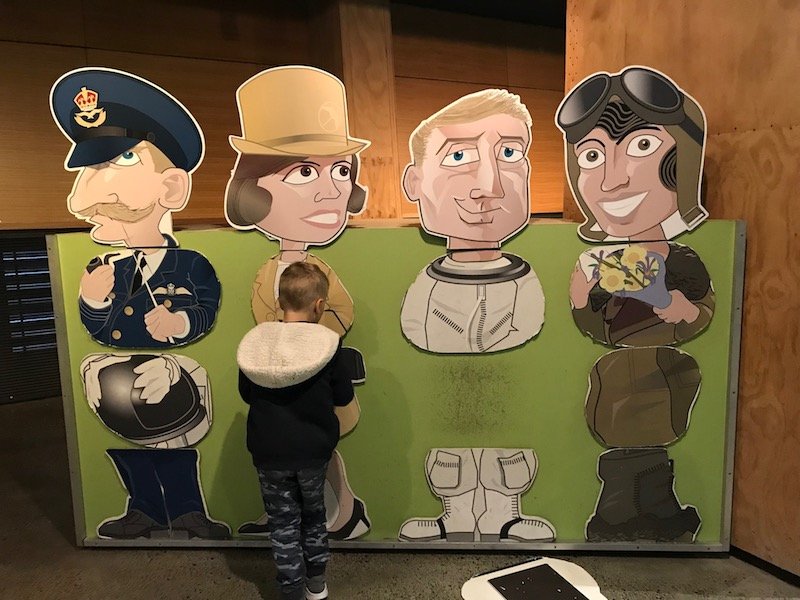 Book in for an aviation workshops by arrangement.

Other special events include:

Keep an eye on the MOTAT website for details of MOTAT school holidays activities too. 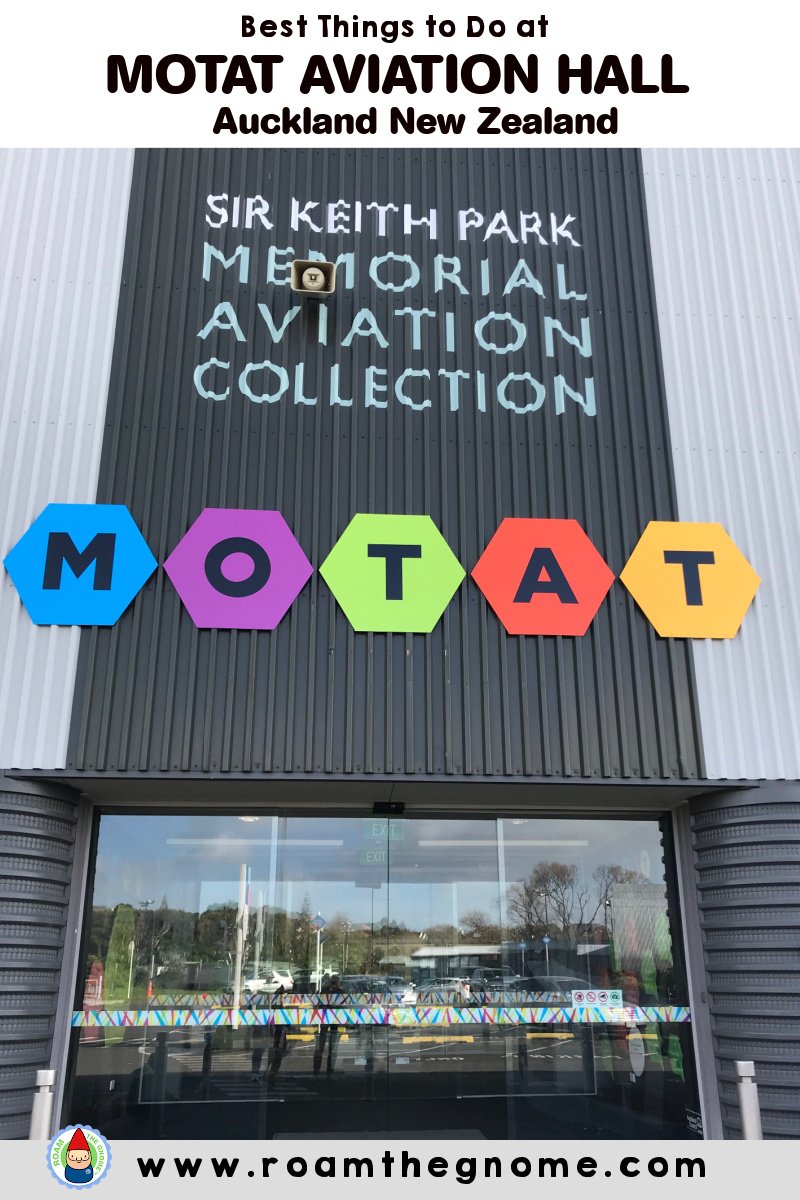 MOTAT Shop at the Aviation Museum

The main MOTAT gift shop is in the main site M1.

But there’s a second place to buy your MOTAT souvenirs, and it’s just as you enter the MOTAT Aviation building entrance at M2. 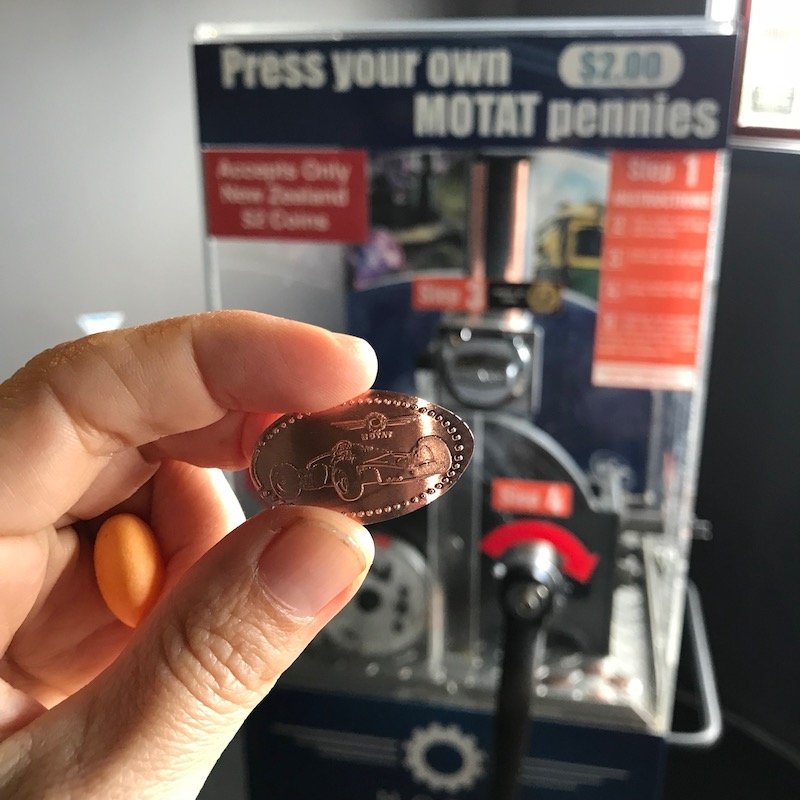 Add a MOTAT pressed penny to your collection.

There’s a few different planes, trains and automobiles to choose from at the MOTAT Museum Auckland. 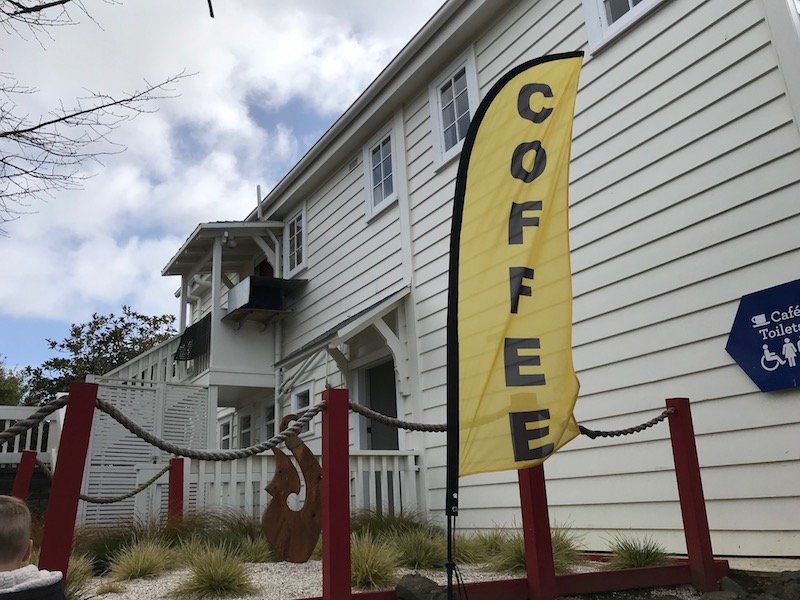 The only food on offer at the Aviation Hall is a snack machine, and a hot drinks machine.

We recommend heading back to eat at the MOTAT cafe in the historic Cropper House building.

Find details of the menu, opening hours and more here. 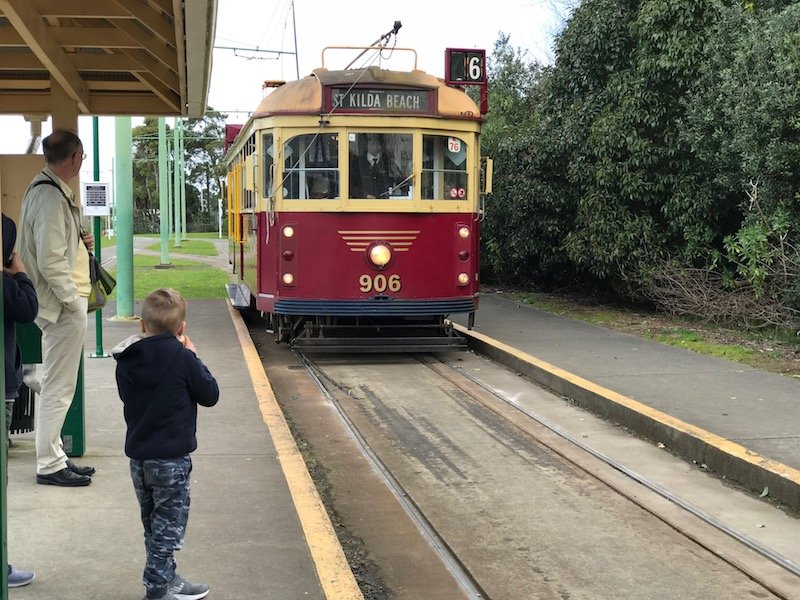 Correct at time of publication on Roam the Gnome. Please check with venue for updates. We apologise in advance if there have been any changes we are unaware of. All prices in NZ dollars, unless otherwise stated

Spread across 40 acres, MOTAT is an interactive journey to explore and discover the achievements that have helped shape New Zealand.

A return tram ticket is included in the price.

Check for a MOTAT discount entry in these places:

Annual passes start from $45 NZ for an individual and $95 for a family. So if you want to visit more than once, this is a good deal. 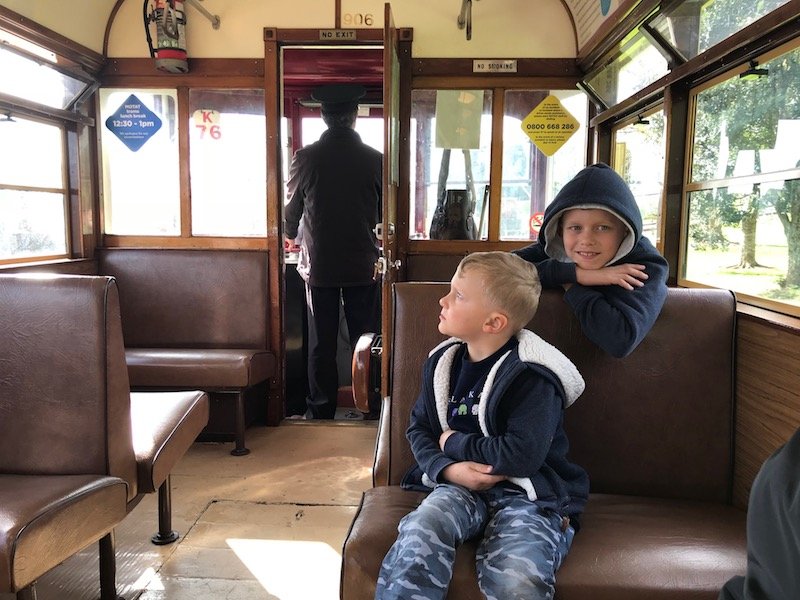 How to get to MOTAT Auckland Aircraft Hanger

Trams run every 30 minutes, or more frequently at peak times

Do not miss it.

Looking for More Things to Do in Auckland New Zealand for Kids?

Click the blue links for more Auckland activities below.