INSIDE: A sneak peek inside the Studio Plus New York budget New York hotel apartments.

Eight nights smack bang in the centre of New York City was never going to be cheap.

But New York is New York, and it was on our bucket list of travel, and we were prepared to compromise:

Then we found Studio Plus New York, and for the same price as hotels kilometres away from the action, booked a studio apartment in the centre of Manhattan.

The BEST New York Studio Apartment near Empire State Building on a budget is Studio Plus New York!

Take a look inside below.

This New York accommodation fit our budget, the quilt covers were new, the wall art stickers was their attempt at hotel cool.

And the best bit of all?

An epic location for our planned  itinerary – a family vacation in New York with kids.

Just 4 minutes walk past a Dunkin’ Donuts and my kids’ favourite Subway sandwiches to the EMPIRE STATE BUILDING!

Times Square and Broadway is less than a 15 minute walk away.

This basic hotel apartment was an awesome find for affordable family accommodation in central New York. 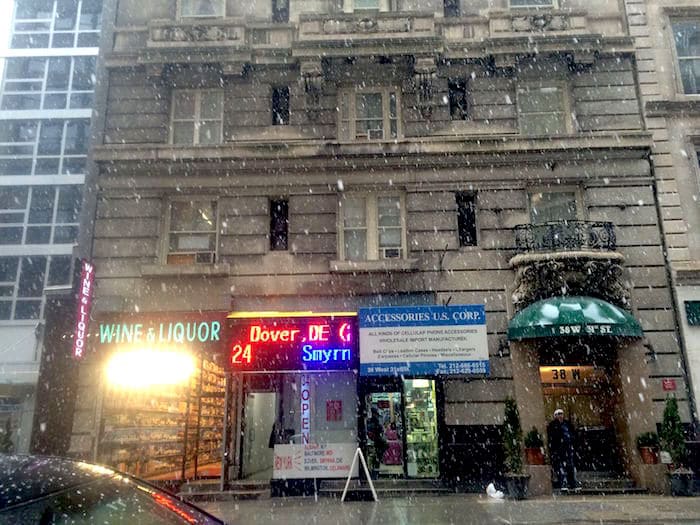 Our shot of the exterior of the Studio Plus NYC on a surprise snow day in New York City!

Studio Plus New York is not your ordinary hotel or apartment studio.  It’s an extended stay hotel and apartment block, so you’ll meet all kinds of people in the elevator.

And tourists of course.

It’s one of the cheap hotels in New York for all kinds of people. 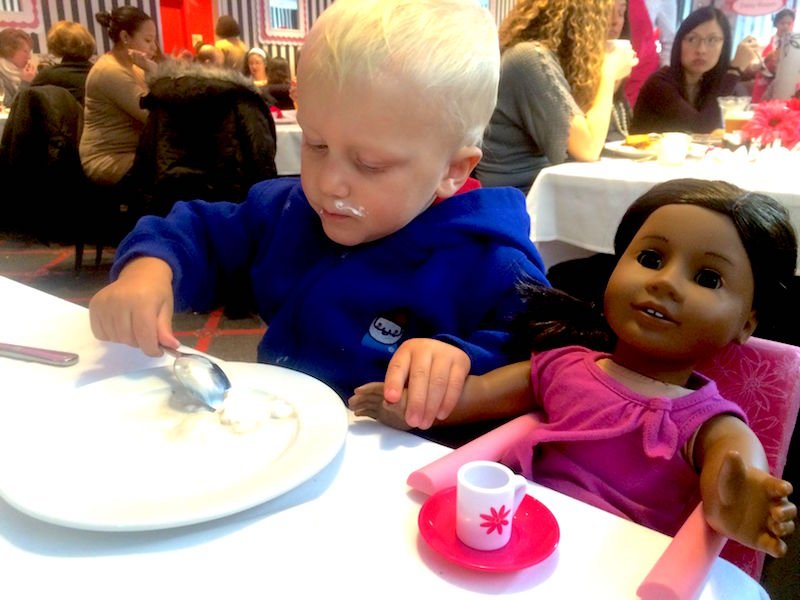 New York Attractions near the Studio Plus Extended Stay Hotel

$225.00 a night AUD for a family of three was a bargain for a hotel so close to all the tourist attractions.

NY Studio Plus is centre of the universe as far as New York apartments go. 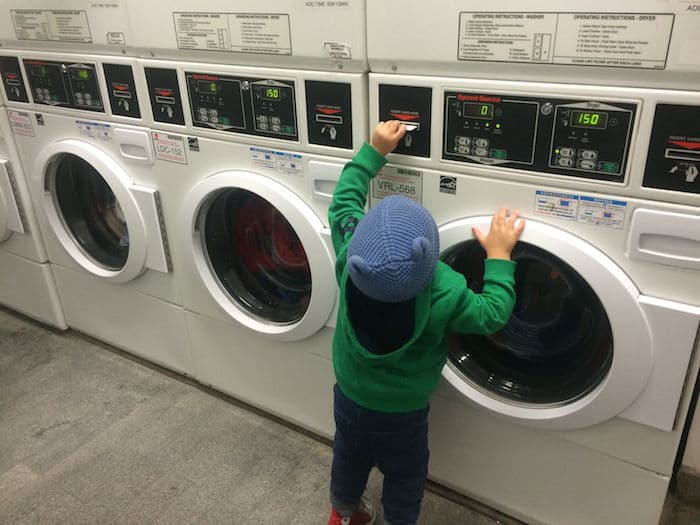 What you’ll find at NY Studio Plus apartments

The apartment has a kitchenette with a fridge and cupboards, although why anyone would cook in New York City is beyond me when there are cheap and affordable cafes, diners, deli’s, Wendy’s, Dunkin’ Donuts, and pizza bars on every single corner.

Most importantly, the location means that NY Studio Plus is excellent value for money. 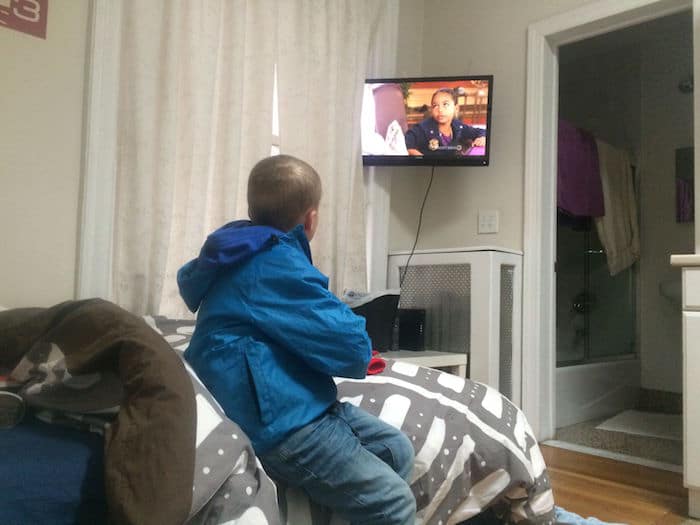 It’s the exact type of budget family accommodation in New York you need when you plan to spend most of your days exploring the city.

That small TV in the corner is a godsend for kids who need a bit of downtime after a BIG day of New York exploring.

My boys LOVE watching tv in America, and all the ads for toys too! 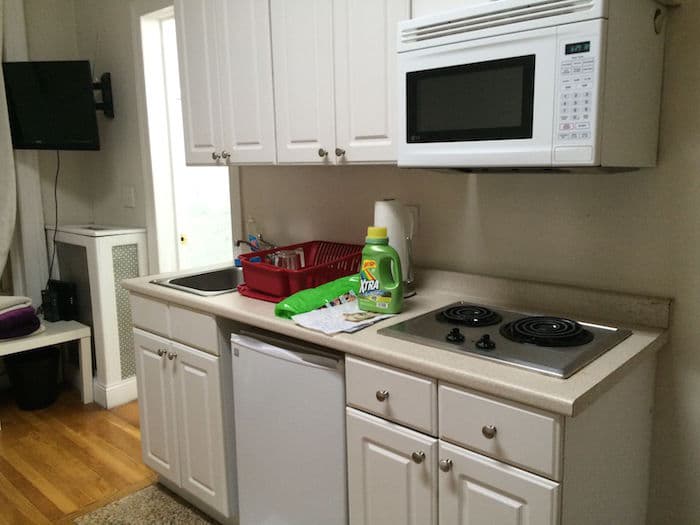 Hot tips for Studio Plus Hotel

Studio Plus New York has FREE WIFI in all rooms. 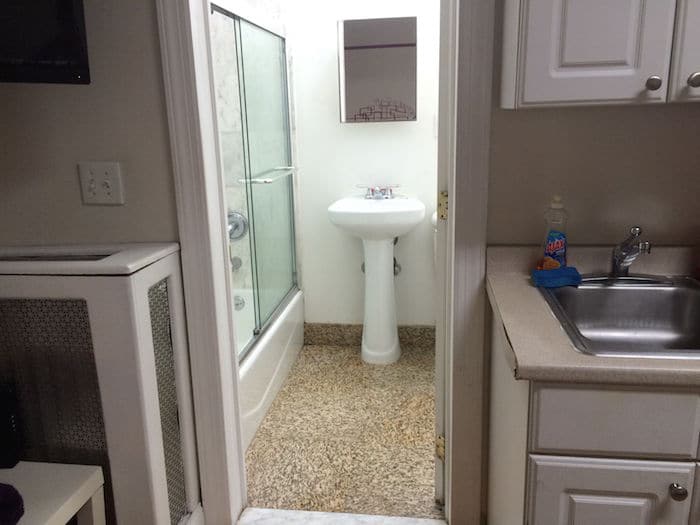 Yes, you have your own bathroom and toilet.

There’s a lack of cupboard space so you will have to use the floor to store your suitcases.

We advise to keep your valuables with you during the day (passports, money etc) just in case.

You can store your luggage in the downstairs office on your last day for a small fee. 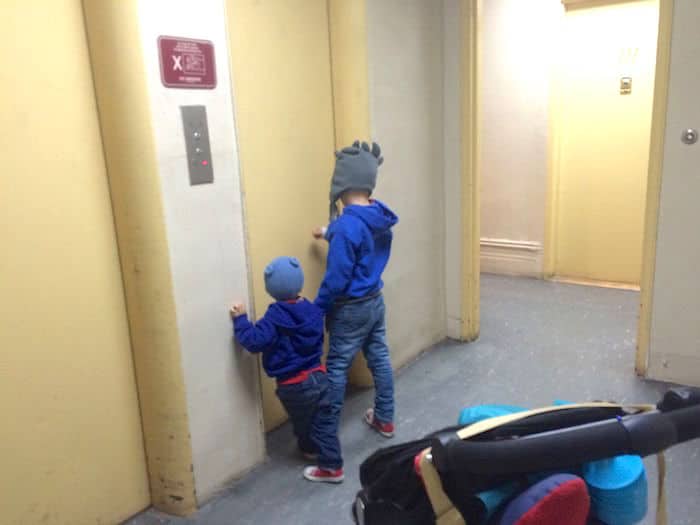 How to get to West 31st Street

By Airtrain  Take the Airtrain to Jamaica station, then take the train to Pennsylvania Station, and walk about 6 minutes.

By Car/Taxi/Uber: Disembark at West 31st Street between 5th and 6th Avenue. There’s a Dunkin Donuts/Subway on the 5th Avenue corner as a reference. Approximately $65 USD (including tip and toll)

Parking: No parking available on site

Facilities at Studio Plus Manhattan

Closest cafes to the hotel:

The only downside to the Studio Plus New York City apartments is the odd smell.

There’s a haze of Korean cooking aromas that hover in the main entrance and the lift, but once you are in the room, it abates.

It’s **slightly** off putting, especially if you are smell-sensitive like me, BUT for the price and the awesome location, we’d still recommend this hotel to other families.

Adventurous families aren’t in the rooms long enough for it to bother you.

Click the blue links below for more New York tips