INSIDE: Everything you need to know about the best Japanese Drinks in Japan.

You could spend a whole year drinking a different drink in Japan each day, and it’s likely you still wouldn’t have tasted all the Japanese sodas on the shelves in Japan.

The types of Japanese drinks names range from the ordinary to the outrageous!

This Japanese alien energy drink is full of vitamins and power from outer space! Or so they say.

And then there’s Pocari SWEAT!

Have you tried it?

(if you are wondering what are some Japanese drinks to avoid, this would be one!)

What I do know is there is a Japanese drink to suit every kind of personality and tastebud.

Take a look at our guide to both famous Japanese drinks, and the not so famous but arguably the best drinks, below!

Disclosure: This article contains affiliate links. If you make a purchase after clicking on one of these links, we may receive a small commission at NO extra cost to you. Image credit: Toshiyuku Imai via Flickr CC BY-SA 2.0 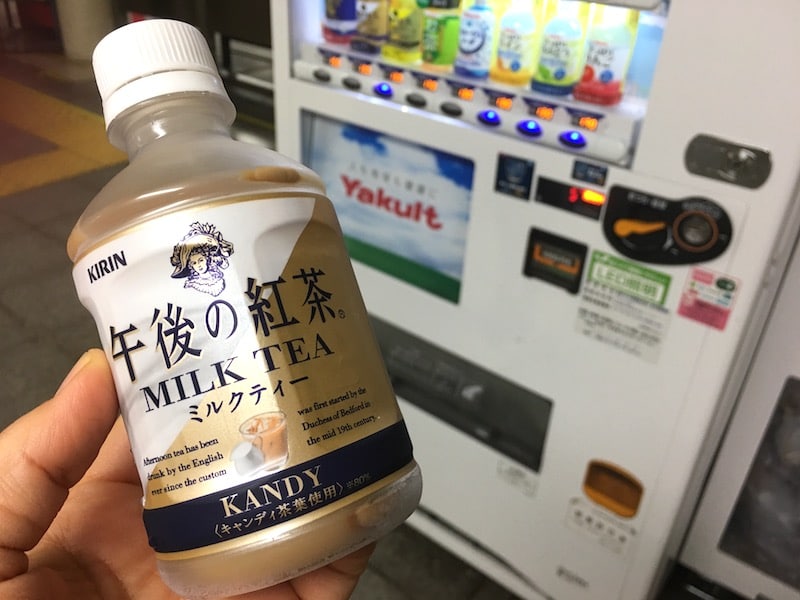 THE INSIDE SCOOP: THE BEST JAPANESE DRINKS TO TRY

We’ve searched high and low to bring you the most comprehensive list of Japanese drinks in the country.

We’ve categorised them by:

We’ve also listed our favourite Japanese drinks manufacturers and Japanese drink brands you can trust to create fabulous flavors – just in case you come across a Japanese drink that’s not listed here and wonder whether or not to try it.

Plus, good Japanese drinks to buy as souvenirs and gifts!

It’s the comprehensive guide on what to drink in Japan.

RELATED: 34 Best Candies from Japan to Buy in 2021 (there’s some that taste like traditional Japanese Ramune Soda!) 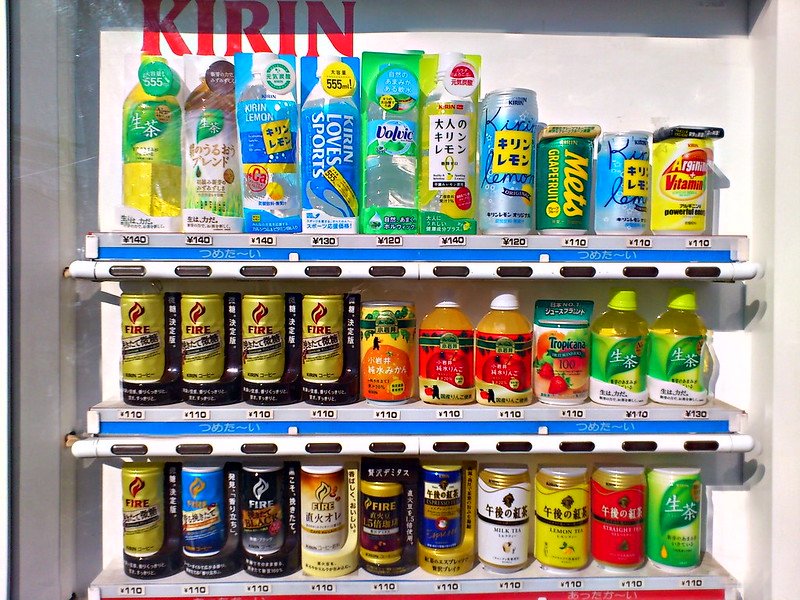 Unlike most countries, you can pick up a drink from a Konbini Japanese convenience store anywhere in Japan, or from one of the abundant drink vending machines found on every street corner in Japan, for less than 150 yen.

It’s only a small handful of change.

RELATED: Where to buy Japanese Drinks you need to put on your shopping list (in Japan AND online!) 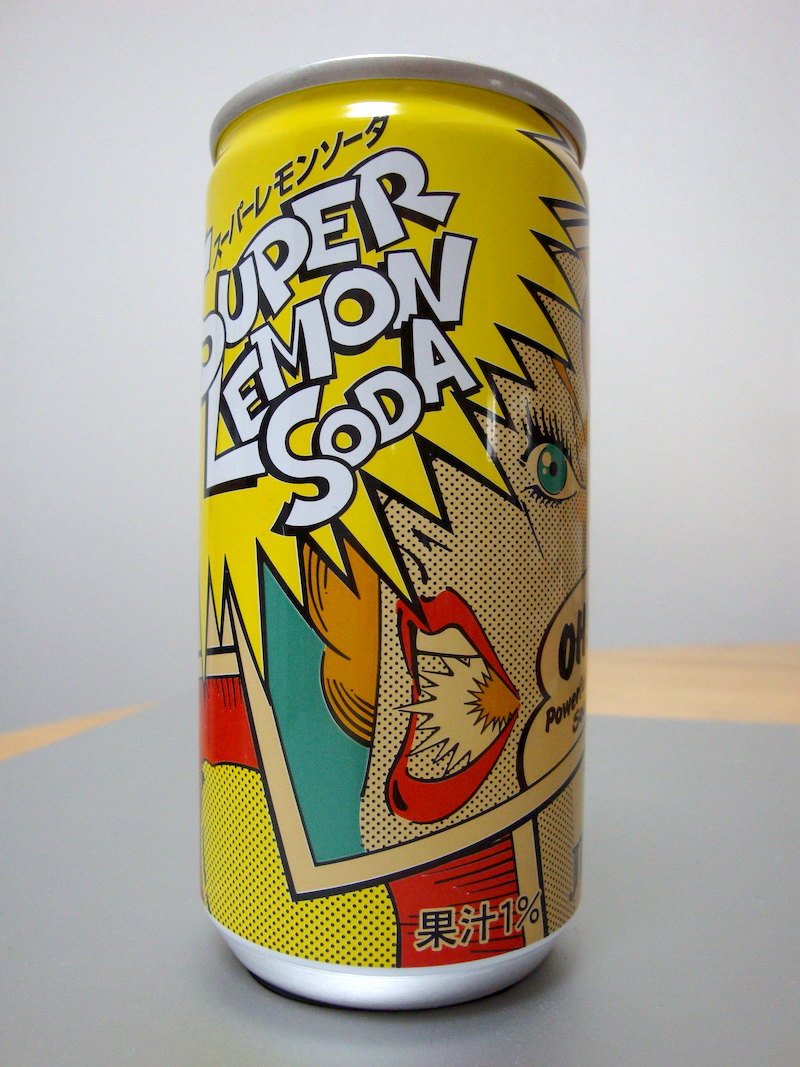 Japanese soda come in all the flavors.

But a melon-flavored Japanese carbonated drink should be the first one you try.

Followed by any one of the super lemon fizzy drinks!

Then one from this list of Japanese drinks soda:

The Calpis drink is another one to add to  your cool Japanese drinks list today.  It’s like a yoghurt flavored, unfizzy soda.

Japanese people love it in the Summer!

Look out for different flavors too. 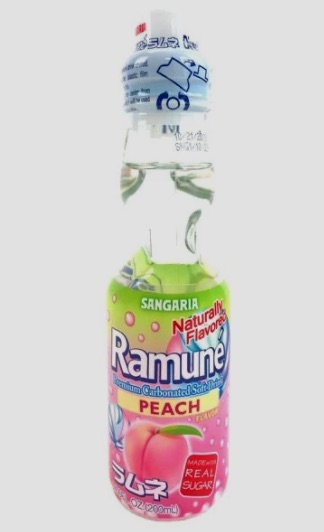 Most Popular Japanese Drinks for kids?

Ramune soda is the most popular soft drink in Japan.

These fizzy Japanese drinks are much loved by kids, AND also many adults in Japan.

Inside the glass bottle is a marble, which helps to seal the bottle and keep the fizz inside.

Trying to get the marble out of these Japanese bottled drinks is part of the fun! 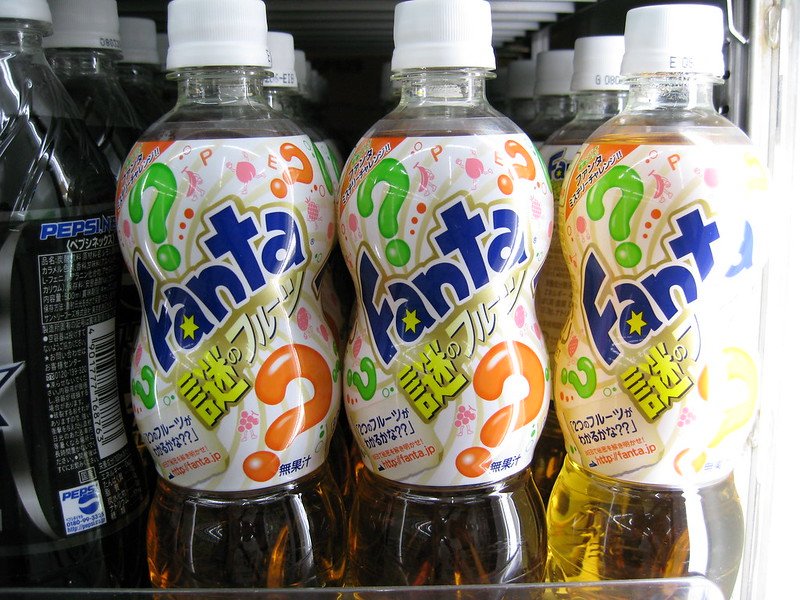 Drinking in Japan is great fun! I’ve never seen so many Fanta flavors in one place.

At one can a day, you’ll be guzzling Japanese Fanta flavors for a total of 79 days!

Try one of these Japanese cold drinks:

But Mystery Fanta is like a grown up version of a treasure hunt. 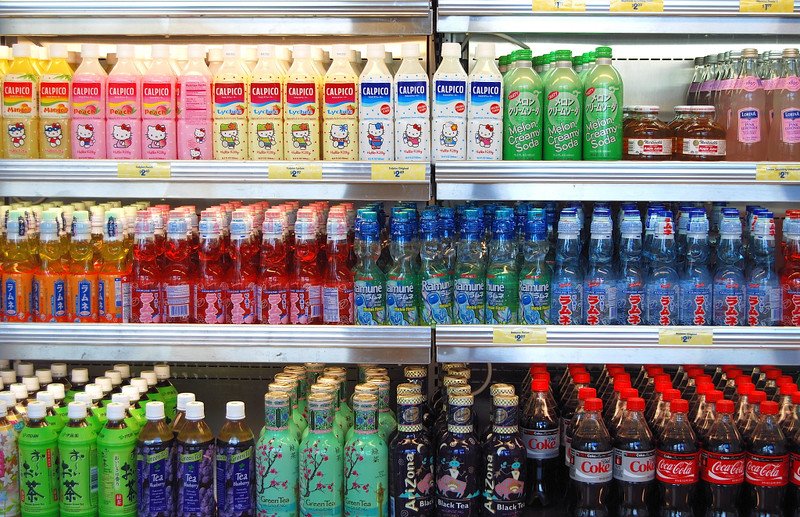 If you look at the range of beverages in a Japanese vending machine, you’ll notice a bunch of Japanese fruit drinks front and centre. These Japan drinks make a  nice change when you don’t want fizzy drink.

These are also on the popular Japanese drink list for kids. 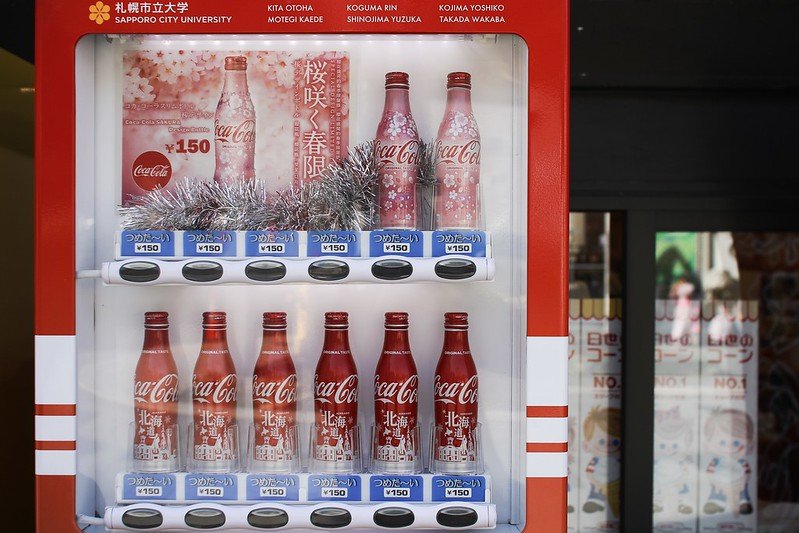 Japanese Coca Cola comes in a few different tastes but no where near as many combinations as Japanese fanta.

You can also find many different versions of Pepsi Cola including special Japanese blend Pepsi, and Pepsi Zero.

Look out for Sakura Pink Cherry Blossom Coca Cola. This is a good Japanese drink for when the cherry blossom season approaches. 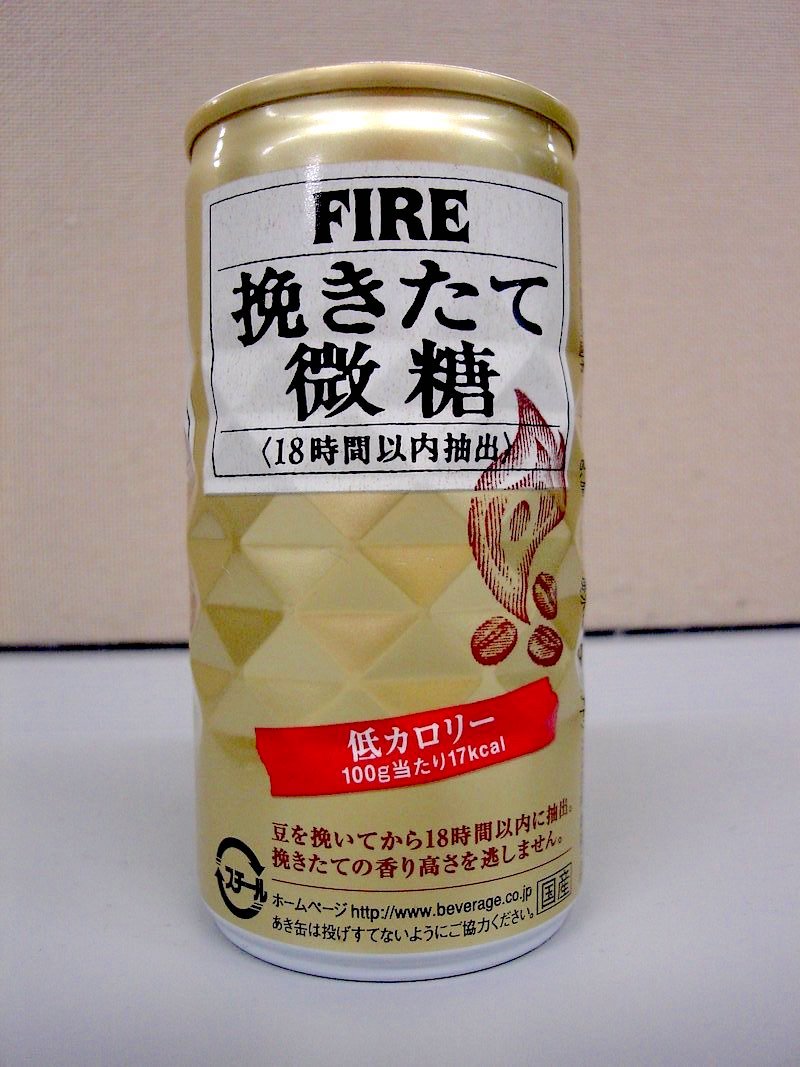 You can safely bet that these energy drinks in Japan are best sellers.

The Japanese work ethic is such that many employees must work their bums off – long hours, little sleep – so a caffeinated drink or two might be the only way to get through the day! 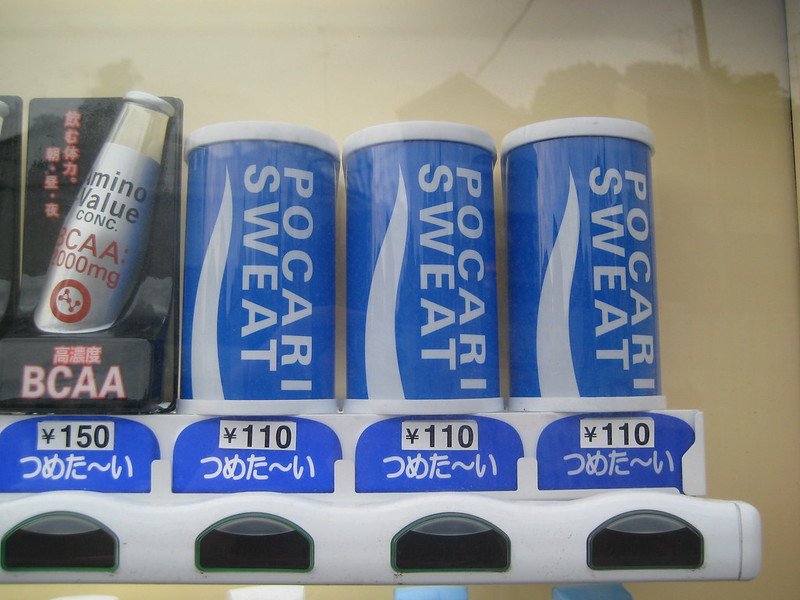 These are the most popular drinks in Japan for post exercise, and as an afternoon pickup.

Pocari is an acquired taste!

(Try it for yourself) 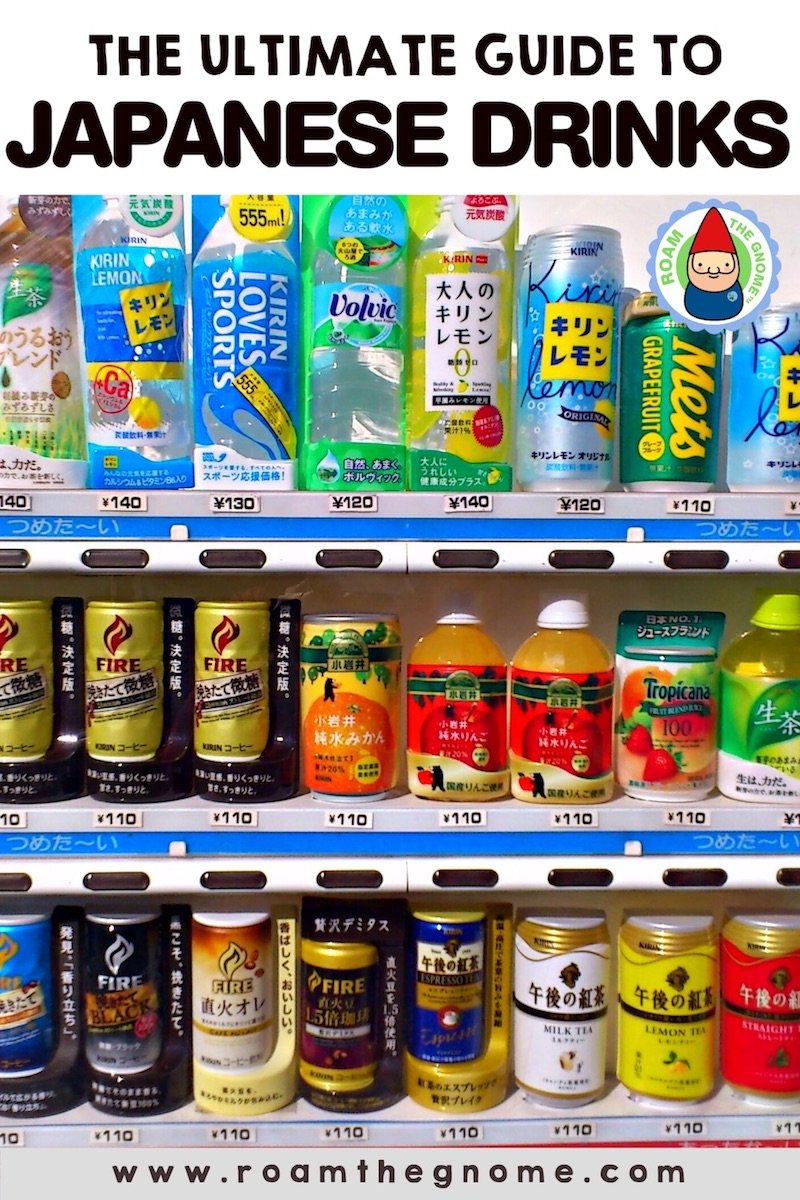 Japanese milk tea is my favourite drink in Japan.

I drink bucketloads of these sweet Japanese drinks (and must walk miles to combat my intake!)

The cold Japanese milk teas are super sweet and I do worry a little about my sugar intake when sculling one down. They are my top choice of Family Mart drinks.

The HOT Japanese milky tea comes in a can or a bottle with an orange lid.

These hot Japanese milk teas are the BEST invention I’ve ever come across.

Even better, this milky Japanese drink costs 150 yen or less.

I want to move to Japan just so I can have ready access to Hot Milk Tea (and Disneyland!)

No.1: Milk Drinks in Japan

Japanese Soy milk flavors are found in a carton in the fridge section. 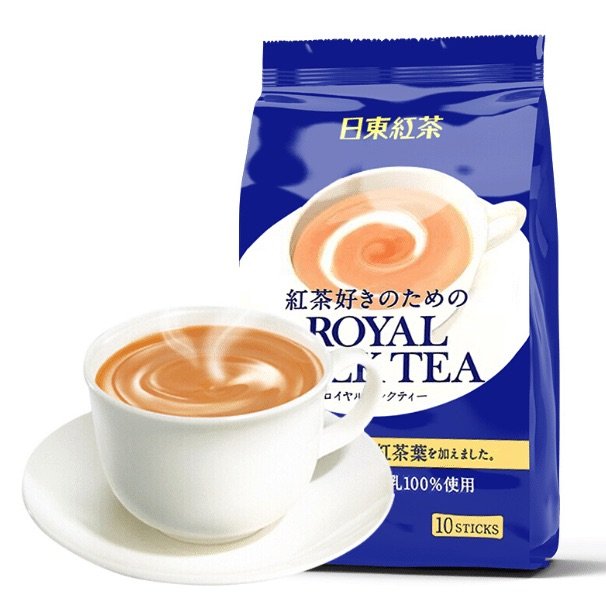 The best thing about Japanese Royal Milk Tea is that you can buy it in a flavour sachet to enjoy Milky Tea at home.

I fill my luggage with the stuff! 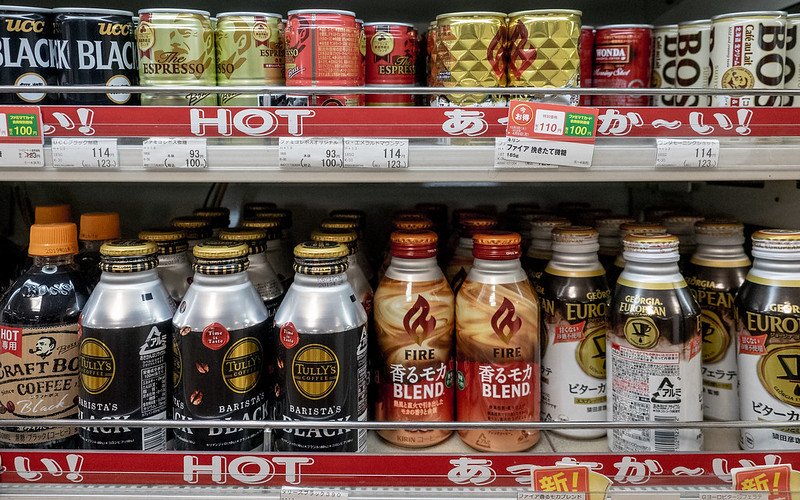 Canned coffee in Japan is a real thing!

Yes, you can buy a hot Japanese coffee can on the go.

I also have it on good authority that the hot Japanese coffee (canned coffee) from a Japanese convenience store or supermarket is not too shabby and at less than 150 yen, it’s a good enough substitute when you can’t find any fresh beans.

Or you can grab one of the Japanese vending machine coffee options.

These are the most popular hot Japanese coffee in a can:

Try Japanese Canned Coffee for yourself and rate it!

Check out this drip style Japanese Coffee Maker by Zojirushi.  This one makes 10 cups.

Or if are looking for something a little smaller, this 5 cup Japanese coffee dripper is a good choice. 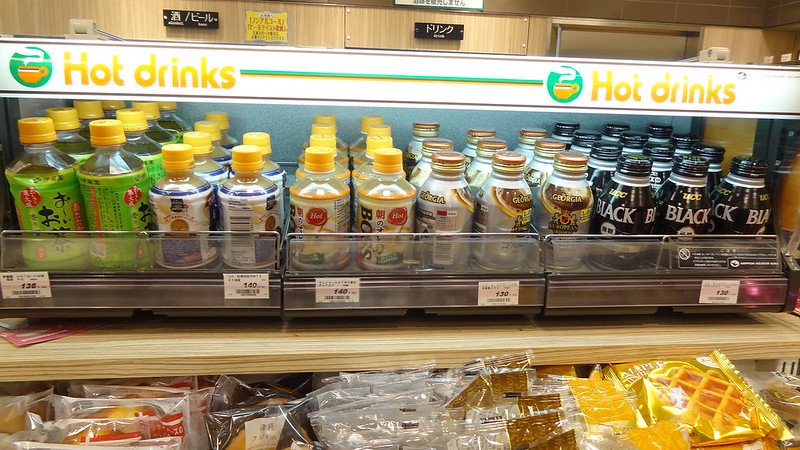 Hot or cold, a Japanese tea is always a treat. 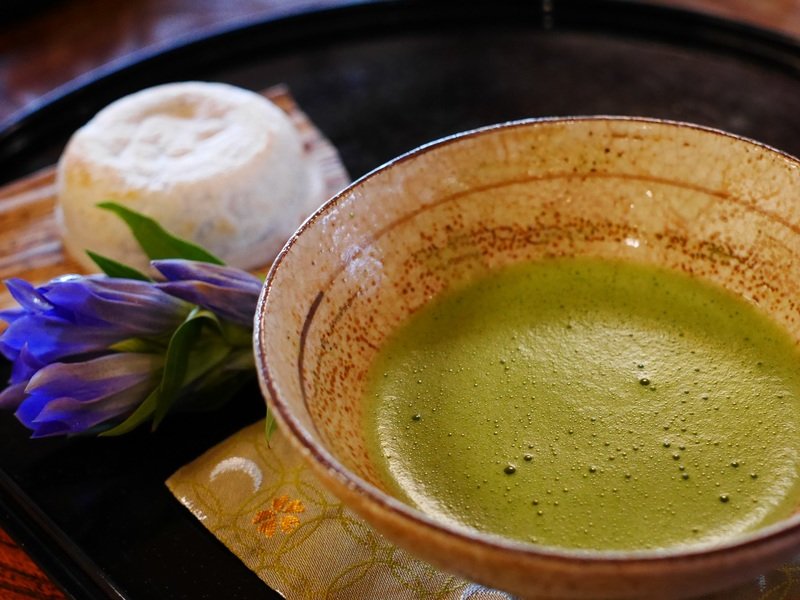 This is an authentic Japanese experience where you can observe the beauty of a Japanese tea ceremony.

It’s a careful, considered, thoughtful and spiritual task and I’d bet no-one is immune to the peace that this slowing down of life brings. There’s also health benefits.

Imbibing these traditional Japanese drinks is truly a once in a lifetime experience.

This green tea is strong and bitter, and best imbibed with a sweet wagashi treat or one or two tiny sugar balls called Konpeitō  Japanese sugar candy.

No.11: The Japanese Yogurt Drink

These cute Japanese drinks are kind of thick, and sickly sweet but with a tang. 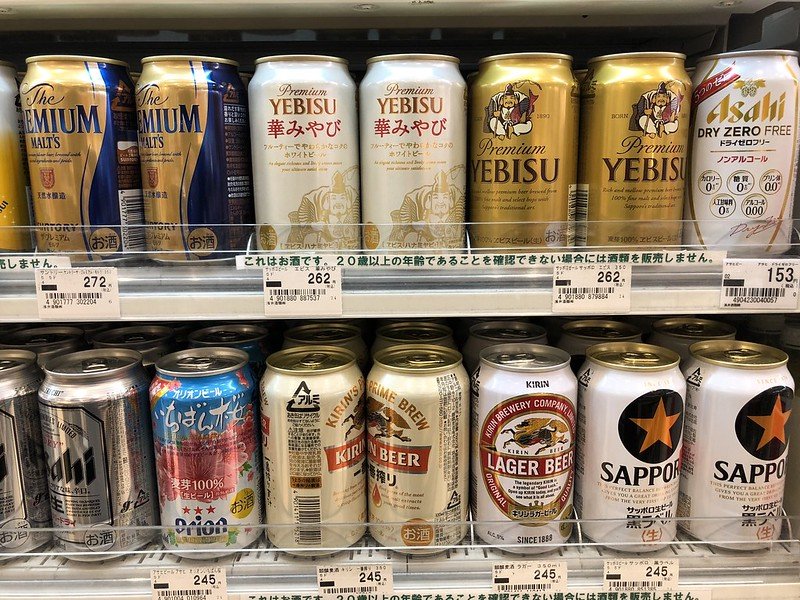 We can’t list all the Japanese drinks without mentioning Japanese alcohol.

Enjoying a Japanese sake in a high end hotel bar, aka the Sofia Coppola-directed film Lost in Translation, featuring Bill Murray and Scarlett Johansson, is a bucket list experience for many.

Other traditional Japanese alcoholic drinks include:

The most popular Japanese beverage manufacturers, in no particular order, are:

Coca Cola and Nestle are the other major players in the Japanese drinks market.

We’d like to thank all these Japanese beverages companies for their commitment to making quirky and unusual Japanese drinks for committed “funsters” like us to try!

Looking to expand your knowledge of the best fun food in Japan?

Click the blue links for more Tokyo tips below.