INSIDE: Roam the Gnome’s Insiders Guide to Pixie Dust, the magical ingredient of Disney Guest Relations.

Have you heard rumours of a special MAGIC PIXIE DUST at Disney?

Are you wondering if the rumours are right?

Learn all about this delightful & heartwarming Disney World customer service strategy, and what it means for Disney guests.

Plus, the meaning of Pixie dust and details about the Disney Pixie Dust effect upon guests!

Check below for all the details. 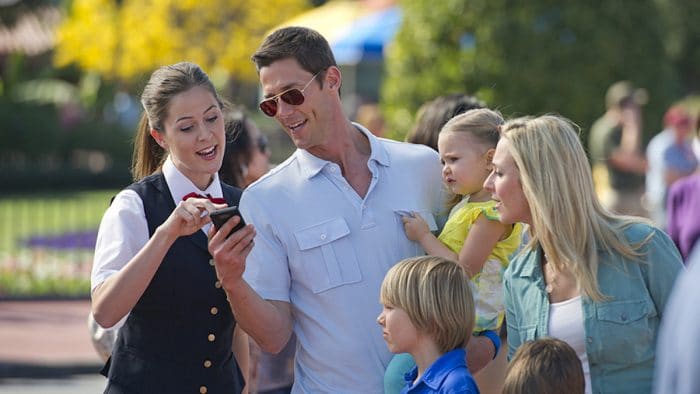 What is Pixie Dust at Disney?

What does pixie dust do?

“All it takes is faith and trust… Oh!

And something I forgot: Dust. 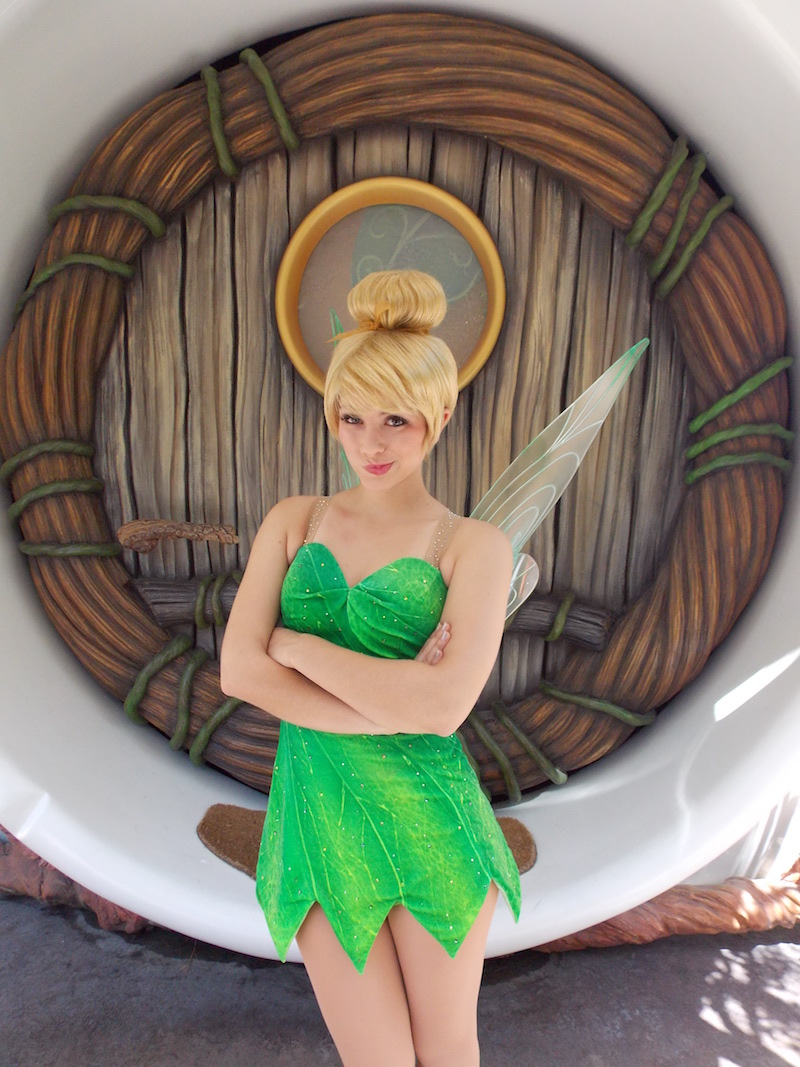 Pixie dust was first mentioned in the film, Peter Pan.

“All you need is Faith Trust and Pixie Dust”.

When Tinker Bell scattered her magical pixie dust in the air over the Darling siblings, it gave Wendy and her brothers the ability to fly. 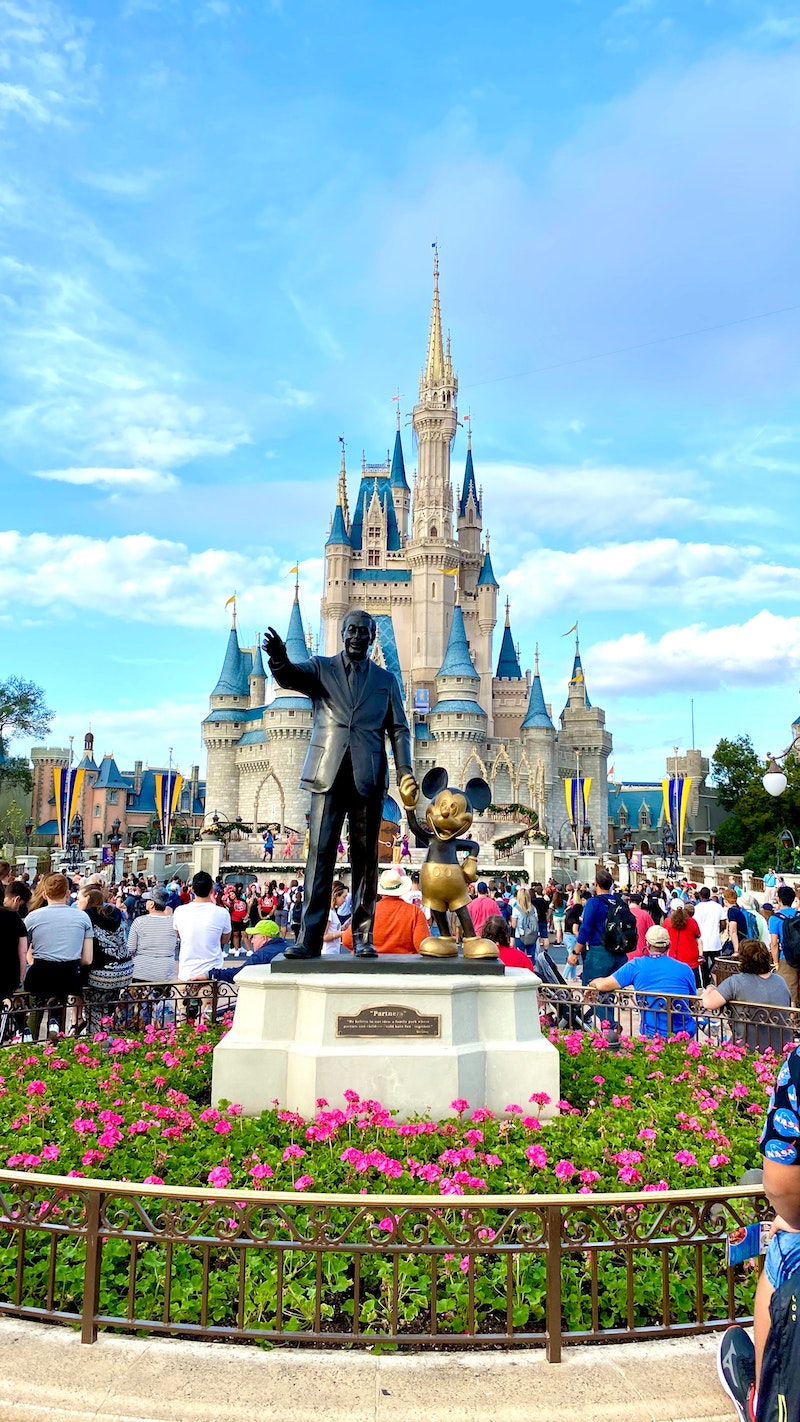 So, what does Pixie Dust mean at Disney?

Disney’s Pixie Dust experiences are the Random Acts of Kindness given to Disney Parks guests & Disney Cruise guests from time to time.

They are special yet clandestine (secretive) VIP treats that can unexpectedly make your day during a trip to Disney Parks including Walt Disney World:

READ MORE: The ULTIMATE LIST of the BEST DISNEY SOUVENIRS TO BUY! 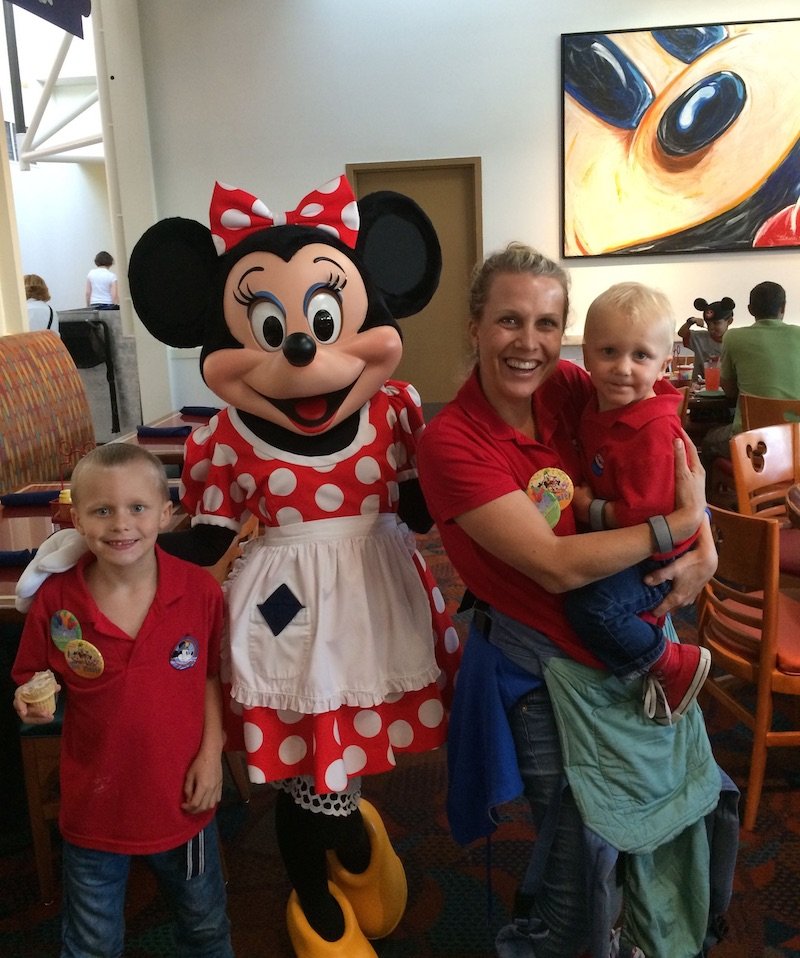 How are Disney Guest Relations & A Little Bit of Pixie Dust Magic linked?

Disney Guest Relations staff and cast members are given the power to sprinkle ‘pixie dust’ goodness on their favourite visitors.

Disneyland guest services, as well as Disneyland cast members, are in on the act of delivering Disneyland Pixie dust.

When you visit Disney next time, you might just be the lucky recipient of Disney Pixie Dust in room surprises!

RELATED: The Ultimate Round Up of BEST DISNEYLAND Travel Tips 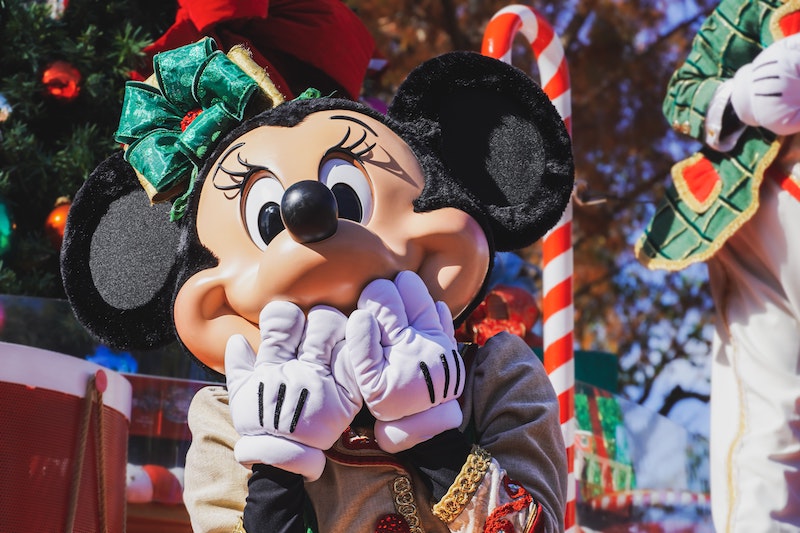 Some of the Best Pixie Dust Disney surprises!

Disney Pixie Dust experiences include all kinds of things!

And often, it’s a case of being in the right place at the right time.

Our forever favourite is the experience of having every cast member say “Happy Birthday to you” when you pass by wearing a birthday button.

Or Minnie Mouse blowing you a special kiss, just for you!

We loved being Disney pixie dusted with a little extra attention like this!

But it’s the big-hearted care that warms our heart most of all.

A cast member noticing you are cold, and bringing over a rug and a free hot chocolate.

A cast member taking extra good care of your property, when you’ve accidentally left it somewhere, until you return to claim it.

A Disney character going above and beyond to make your child’s day with a personal experience of sharing a story, or doing a dance, or using sign language to communicate a special message.

THIS is why Disney rules the world.

RELATED:  UNIQUE SPECIAL THINGS TO DO AT DISNEY WORLD with kids 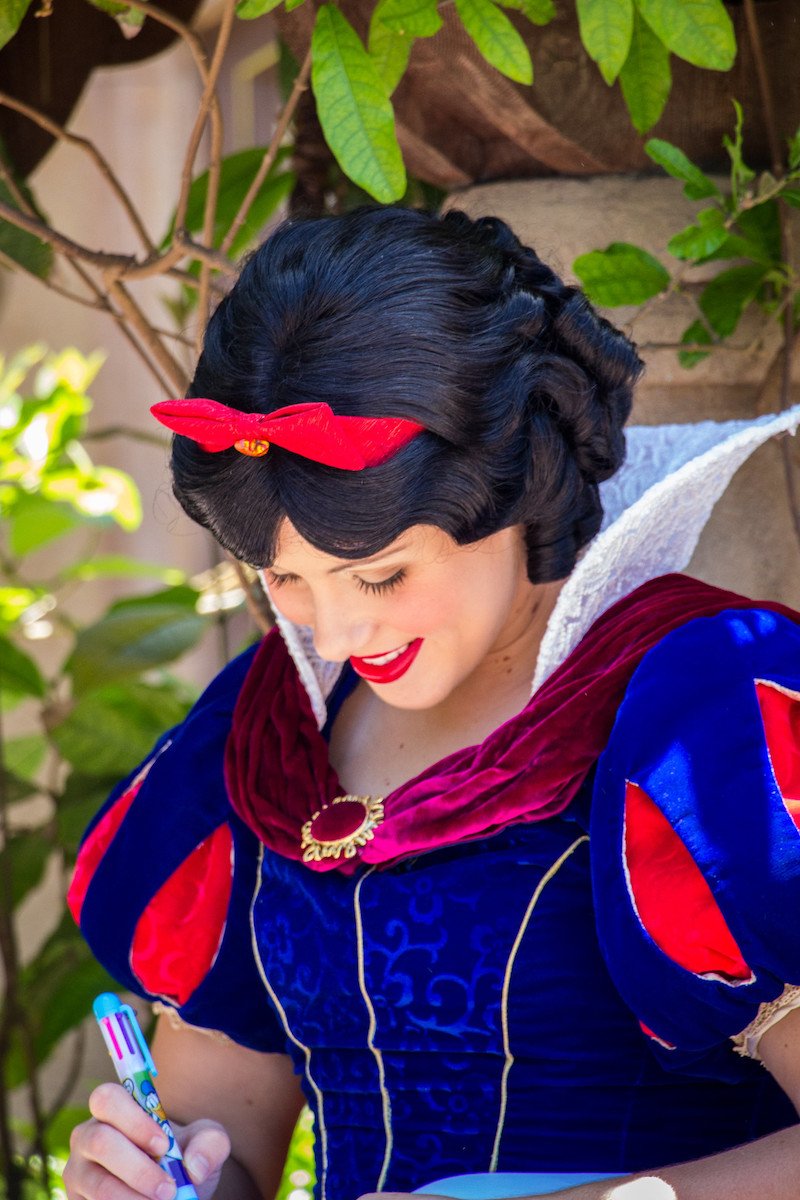 Be Grateful for the Best Disney Pixie Dust Upgrade Surprises!

Do moaners get all the pixie dust treats?

Neither do the complainers, or the grumpy, or the bad-tempered crabby people.

In fact, it’s the OPPOSITE.

You catch more flies with honey than vinegar.

If you are on vacation at Disney Parks, you should have a good attitude and be grateful, especially these days.

Not everyone can be so lucky, and many people would LOVE to be in your shoes! 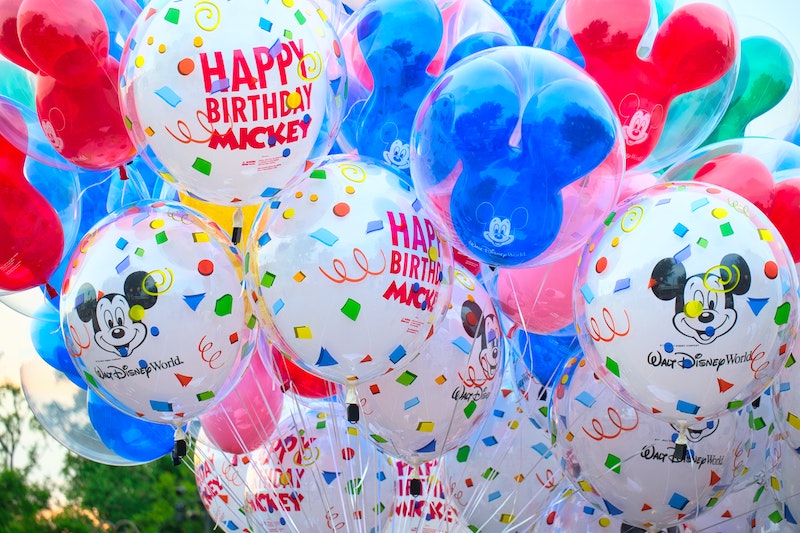 How do you get Disney Magical Moments?

You are also much more likely to be a lucky recipient of Pixie Dust if you smile, are kind and friendly, non-demanding, AND truly show you have a genuine, deeply held love of all the Disney magic.

But the trick is not to expect Disney Pixie dust gifts, or even to ask how to get pixie dust at Disney World or scheme to get Pixie Dust Disneyland treats, but to welcome the Pixie Dust surprises with open arms IF and WHEN they arrive.

Legitimate surprise, and gratitude for the little things, fuels the MAGIC OF DISNEY! 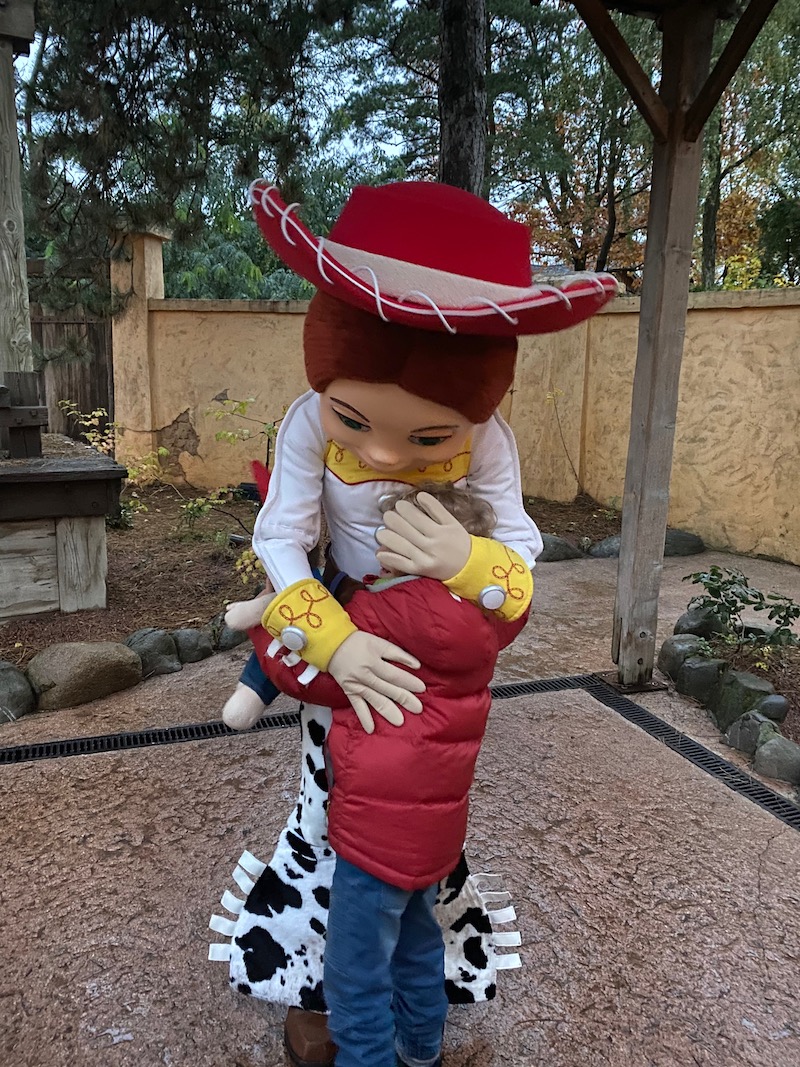 The List of Disney Pixie Dust Ideas we love! 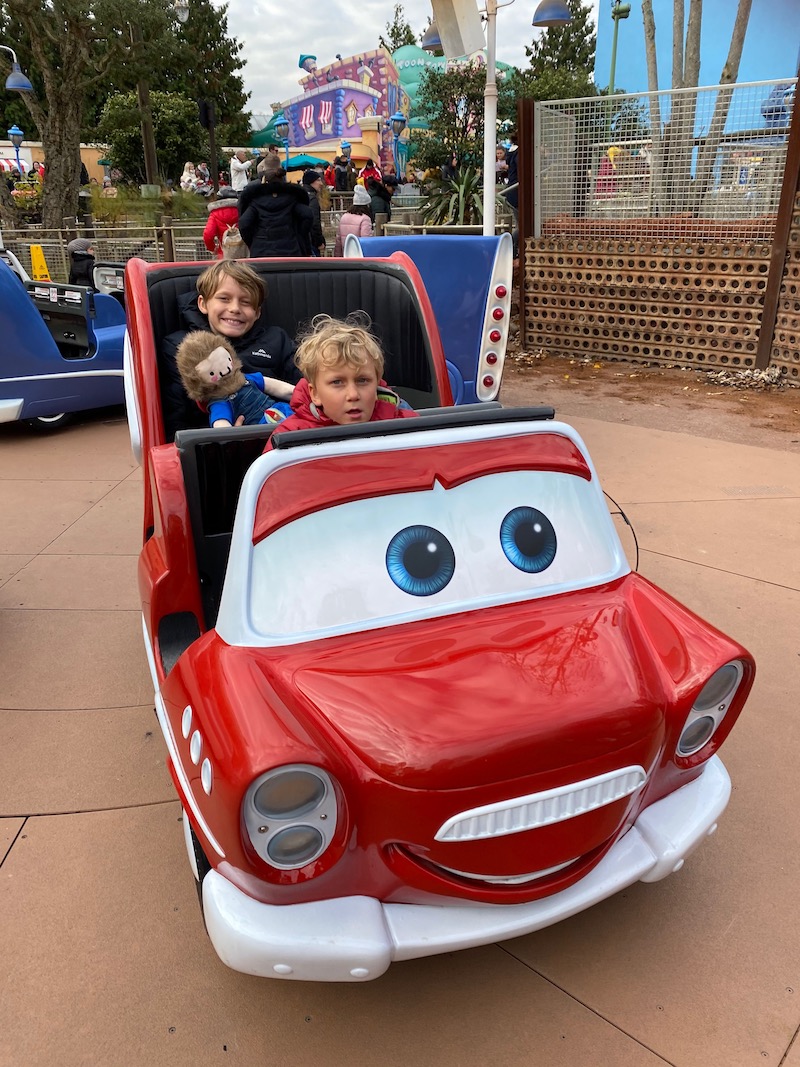 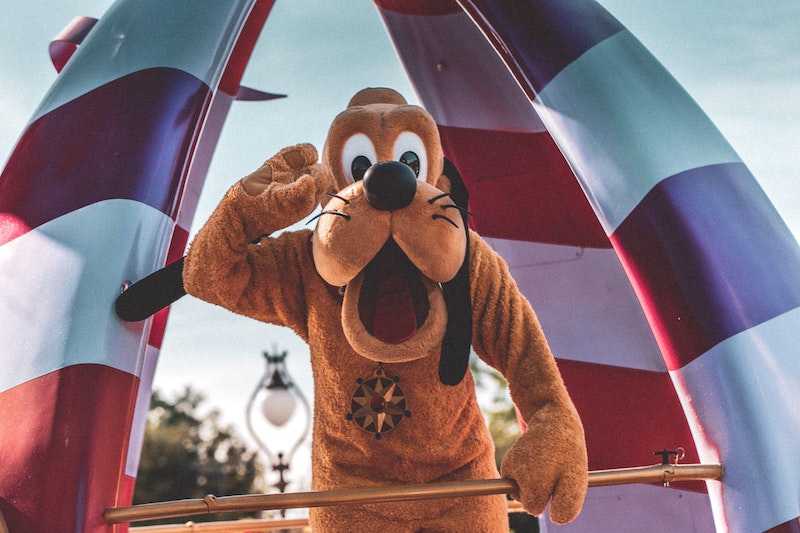 No.4: Being Special Guests at Disney Parades and Shows

This happened to Jack at Paris Disneyland, when he was asked to present a rose to the Disney Princesses on the Christmas show.

Ned and I were led to the best viewing seats for the show too!

In times past, a ride in the front cab of the monorail was a huge Disney pixie dust treat! 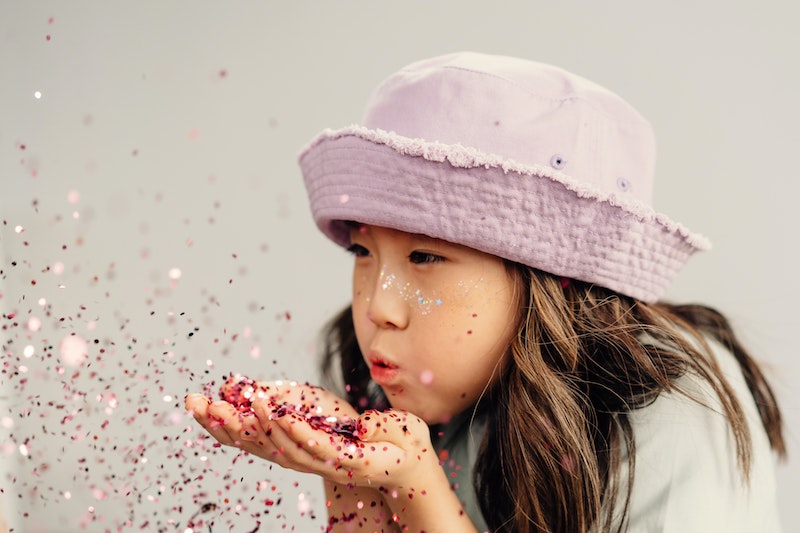 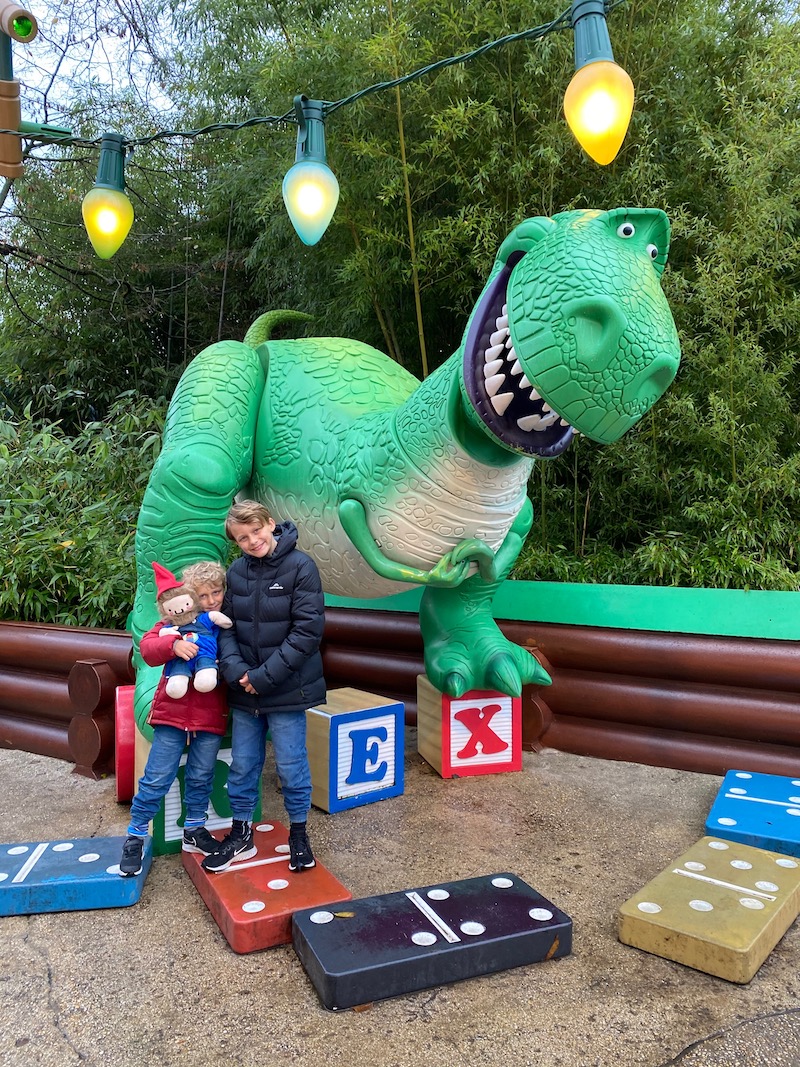 No.4: Does Disney ever give free Disney room upgrades?

Pixie Dust Magic Kingdom style may mean a room upgrade to a water view room, a hotel upgrade, or resort upgrades for free too.

Imagine being moved from one Disney World resort to another better one for the duration of your stay.

How to get a free room upgrade at Disney World

Hot tip: This is more likely to happen during the slow season, or when you are truly celebrating something such as a wedding anniversary or perhaps a successful recovery from a serious life-threatening illness.

Do not make special requests. That will almost certainly discount you.

Be authentically enthusiastic and joyful at check in, and you never know your luck.

Keep your fingers and toes crossed! 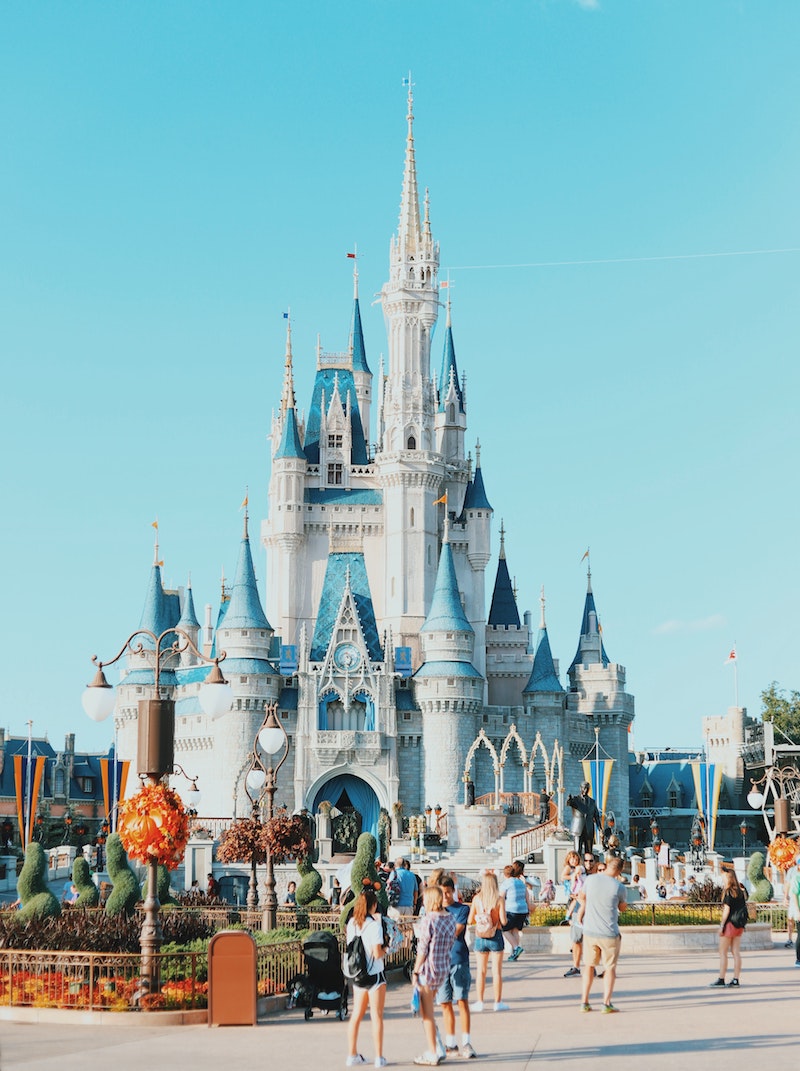 We’ve heard stories where people on their Disney Vacation have been gifted a new bucket of popcorn when theirs has crashed to the ground accidentally.

And of families being selected as Family of the Day at the Magic Kingdom.

Disney Cast members have replaced newly purchased lost toys, with new ones from the store too.

Sometimes, the pixie dust delivery service has transported these replacement toys to the hotel room, or posted them gratis to the guest back home!

My HEART SOARS when I hear these stories.

Wondering where to get pixie dusted at Disney World?

There’s no specific location for getting pixie dusted at Disney World.

Be authentic and be kind and friendly to cast members and you never know your luck! 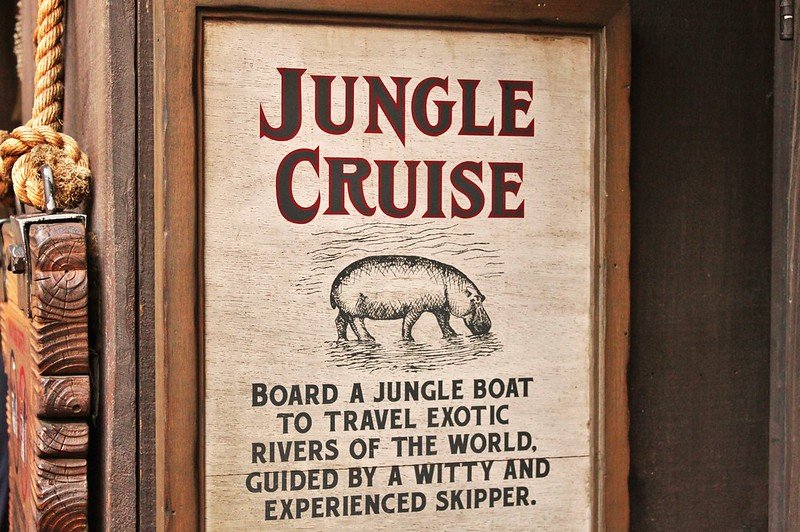 About The Disney Golden Ticket

If you believe the whispers, there may even be something called a Golden Ticket.

A Golden Ticket is said to be a FAST PASS for EVERY SINGLE RIDE!

Can you even imagine???

But I’ve no proof it exists. 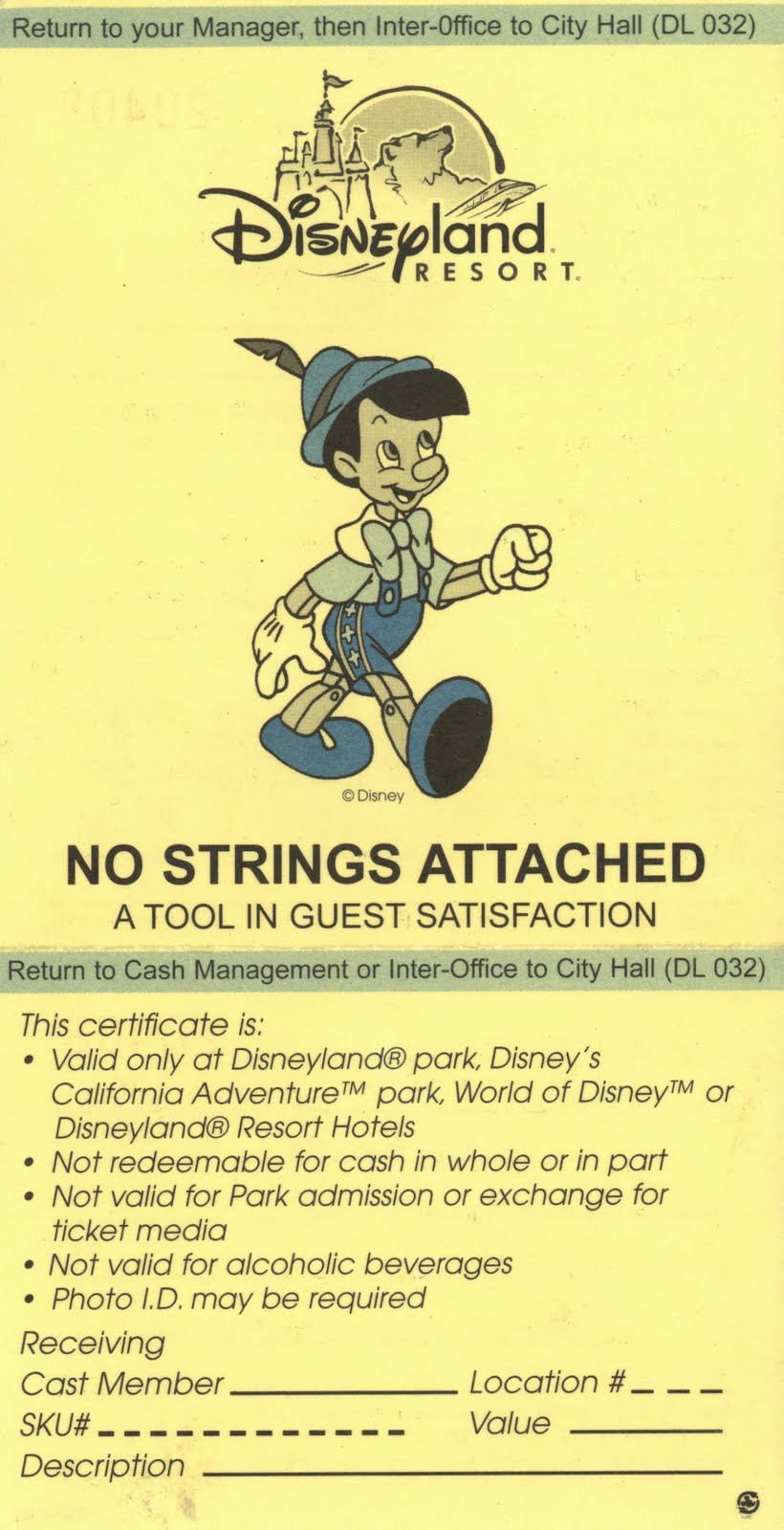 The Disney No Strings Attached Pass

This ‘tool in Guest Satisfaction’ is a pass used by cast members to pacify a guest’s concerns or complaint.

At the cast members discretion, this could be issued for:

Or something else entirely.

FAQ: What is a Disney Gold Pass?

According to Wikipedia, “The Golden Pass is a ticket which allows the holder access to all nine of the theme parks for his/her whole life owned and operated by The Walt Disney Company.”

What Disney fan wouldn’t love that? 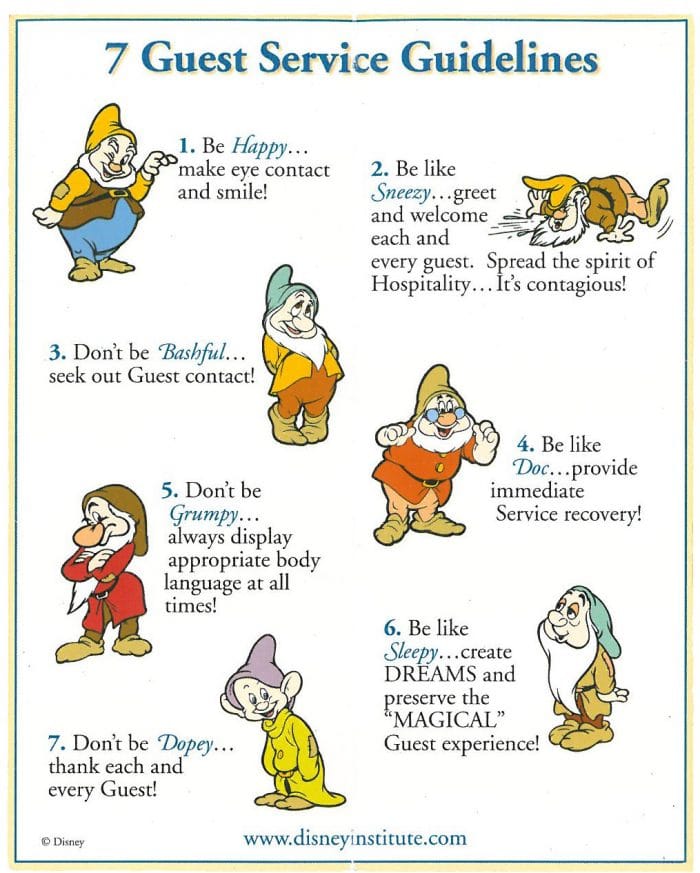 People ask why is Disneyland such a happy place?

The real answer is that Disney staff go above and beyond when it comes to Disney customer service.

That’s why a visit to the parks is all I need for refilling my pixie dust bag.

Everything else is a bonus. 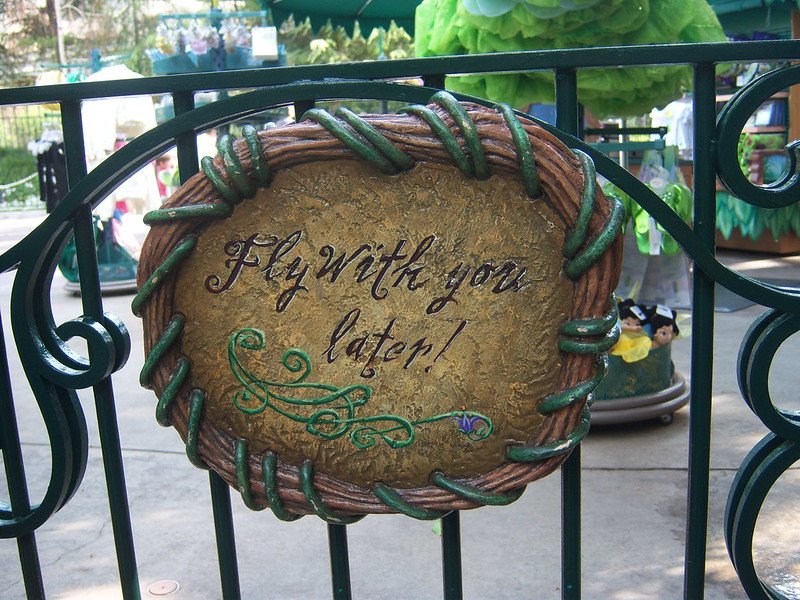 How do you thank a Disneyland Cast Member?

How do you compliment a Disney cast member?

Firstly, make sure you get their name.

Then lodge a feedback form at one of the Disney Parks guest relations offices.

You can also add the hashtag hashtag #CastCompliment to an instagram or facebook post, so why not take a pic with your favorite cast member and tag the Disney park you are visiting too. 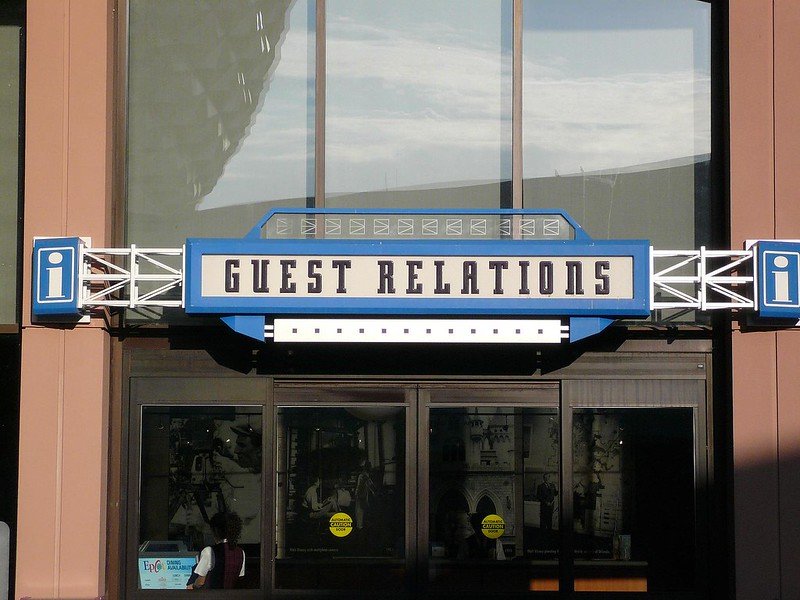 Each Guest Relations location is open during the normal operating hours for its park or complex.

Guest Relations at Walt Disney World can be found at:

Take a look at the map of Guest Relations offices here. 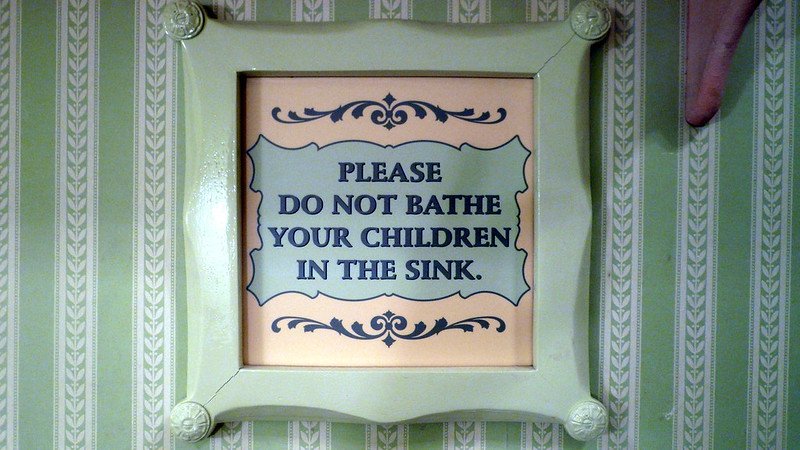 No.2: Guest Relations at Disneyland Anaheim

Disneyland Guest relations can be found in these locations below. 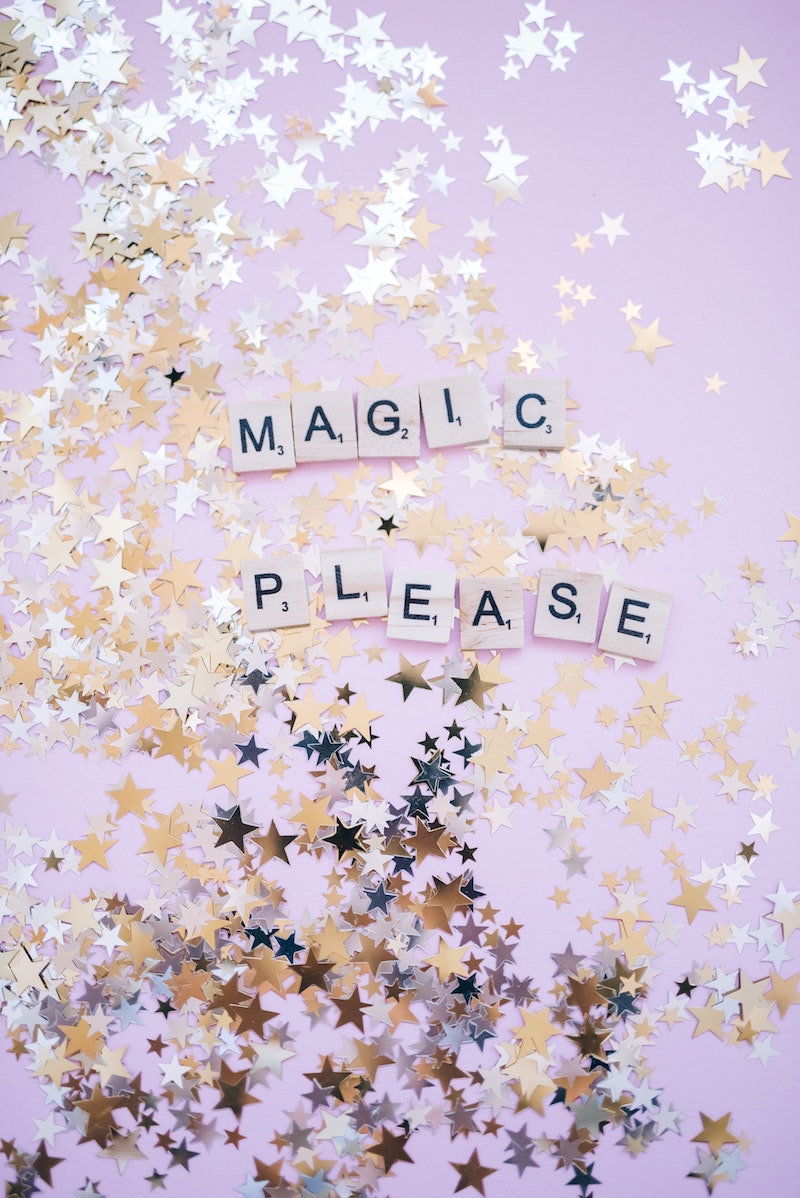 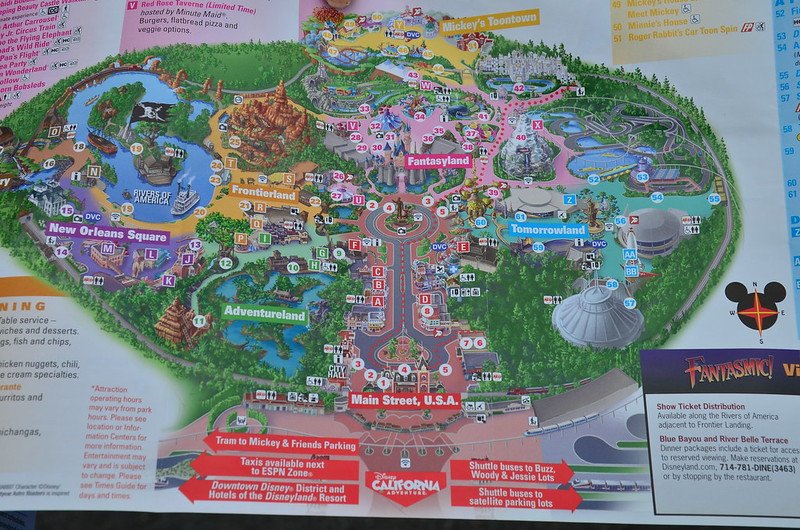 If you are vacation planning your next Disney experience, take a look at how they can help.

They can also give you assistance with Reservations and Tickets for

They can also help you if you want to find out more about complaining to Disney World or Disneyland, and where to lodge Disney complaints and comments. 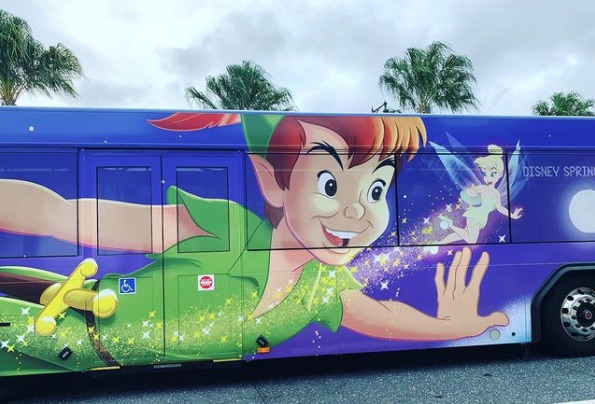 No.1: What does Refilling my Pixie Dust mean on Disney buses?

The Refilling my Pixie Dust Disney Bus has a huge mural of Peter Pan and Tinkerbell flying through the sky on their way to Neverland on the side.

No.2: How to make real pixie dust that makes you fly

Wondering how to make real pixie dust to fly?

Me too. If you find out, do let us know!

No.3: How do you make real magic fairy dust? 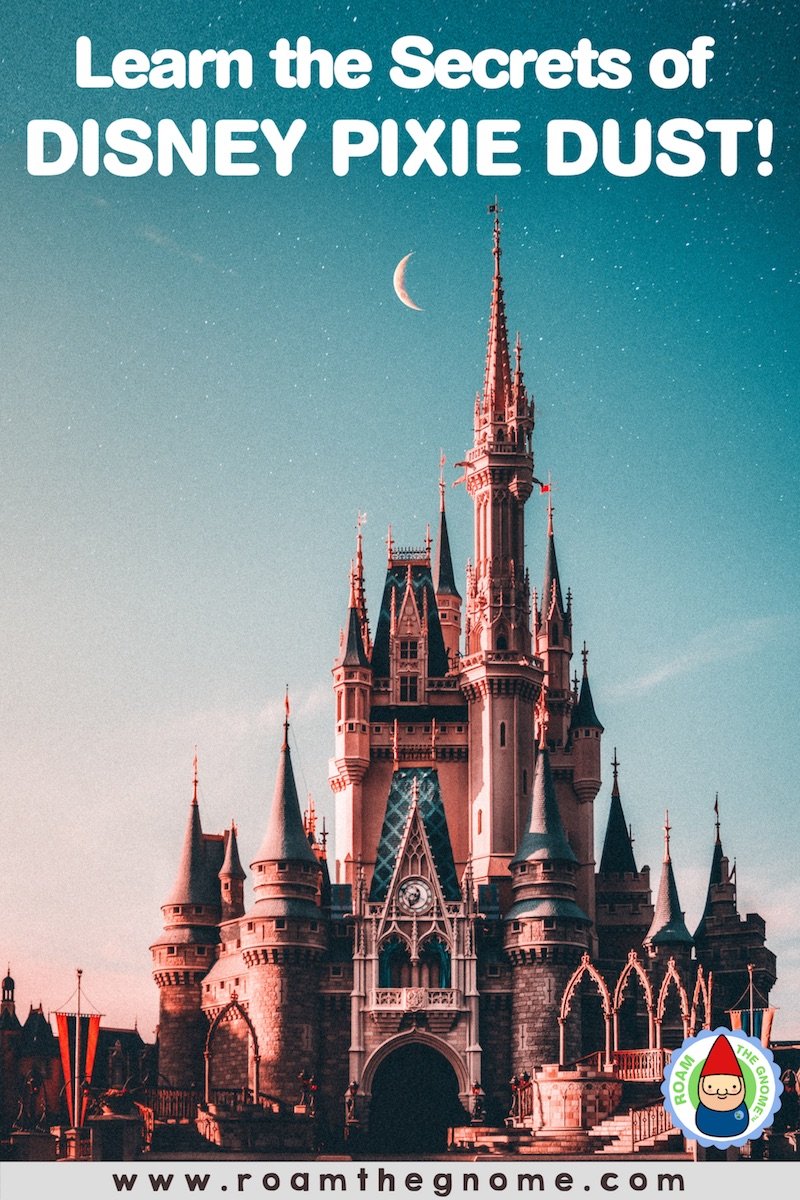 Correct at time of publication on Roam the Gnome. Please check with Disney for updates. We apologise in advance if there have been any changes we are unaware of. All prices in US dollars, unless otherwise stated

Click the links in blue below for more Disney Tips.