INSIDE: Roam the Gnome’s Guide to Play School Cast & Presenters.

Can you name more?

There’s been tonnes of different faces in the Play School Cast!

Take a look at our guide below. 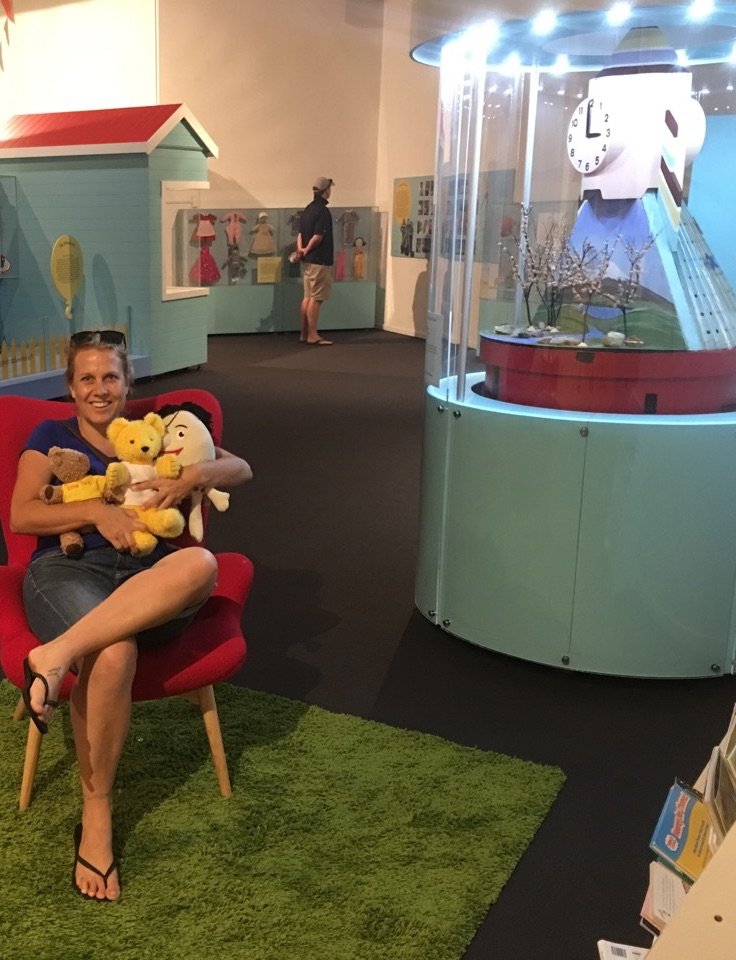 53 years of Play School doesn’t seem possible, until you see the original episodes of the Play School TV Show.

The early years of the show was much more formal, as suited the times.

It’s hard to believe this was the norm 50 years ago!

The best thing is they still use the same old signature tune from day one.

“There’s a Bear in there, and a chair as well.

There’s people with games, and stories to tell.

I hear it, and I’m straight back in our lounge room at home, with John Hamblin and Benita Collings singing to my sisters and I through the screen. 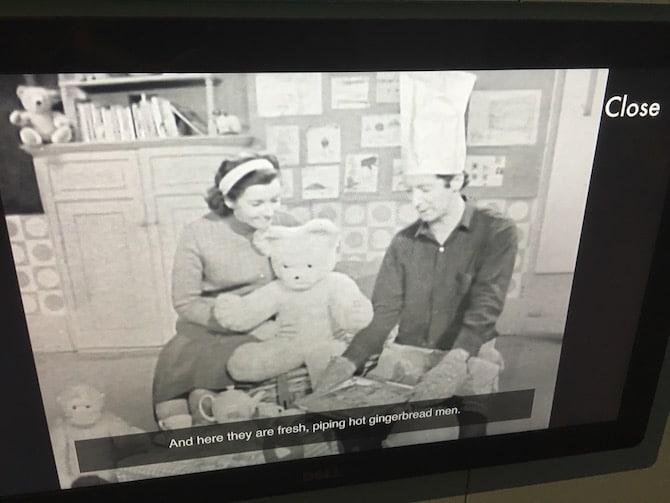 Since 1966, Play School is hosted by a team of talented professional actors from stage and screen.

There’s been quite a number of musicians on the show, and songwriters too.

Plus, a huge number of special guest presenters.

The cast features a huge variety of people from different backgrounds, cultures, of differing abilities, and countries of birth, including Indigenous Australians, as the show aims to be inclusive of all cultures, religions, skin colour, ability, and heritage so that ALL children living in Australia & overseas who watch the show feel heard, seen and met.

Play School Cast Teo Gebert is the longest running cast member, in his role from 2004 to 2020, with 167 episodes under his belt and counting.

Take a look at this list, featuring some of the best. 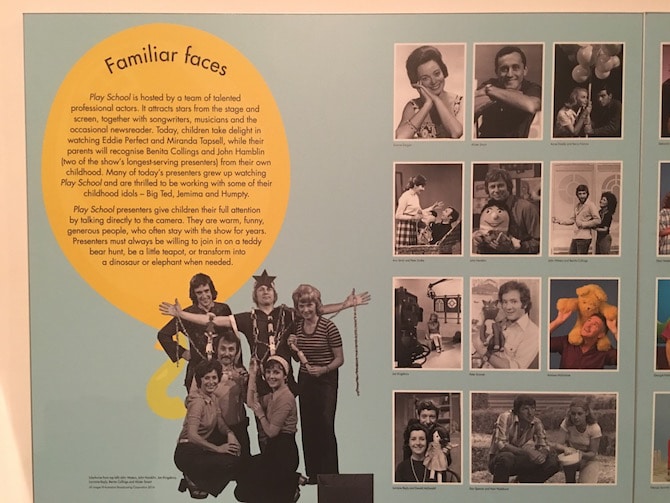 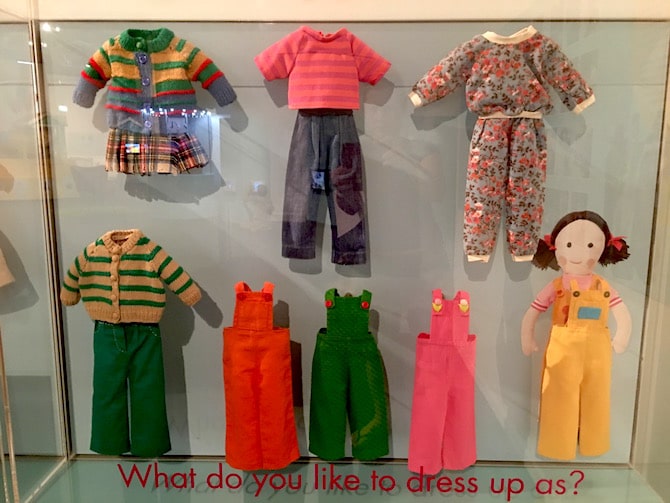 Some of these Play School Host presenters are the most well known.

These are some of the top Play School presenters 2000’s style. 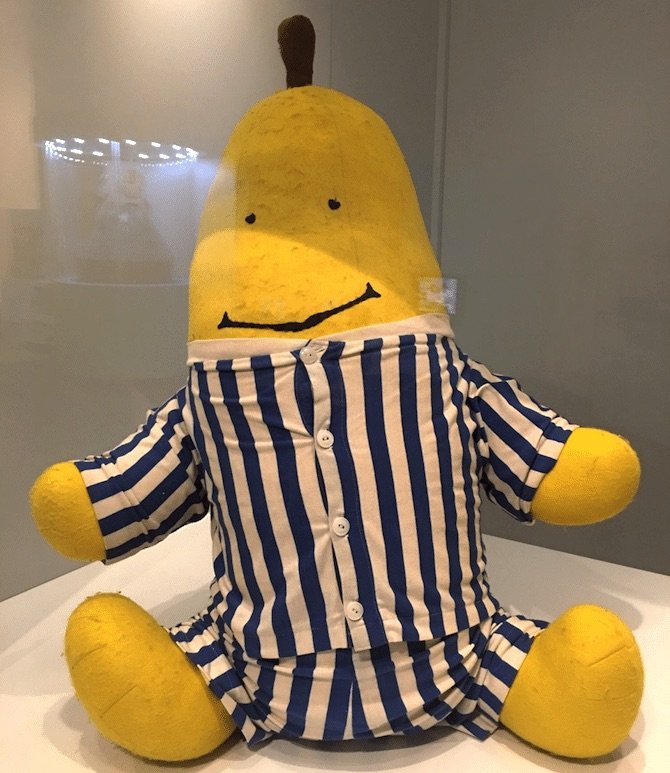 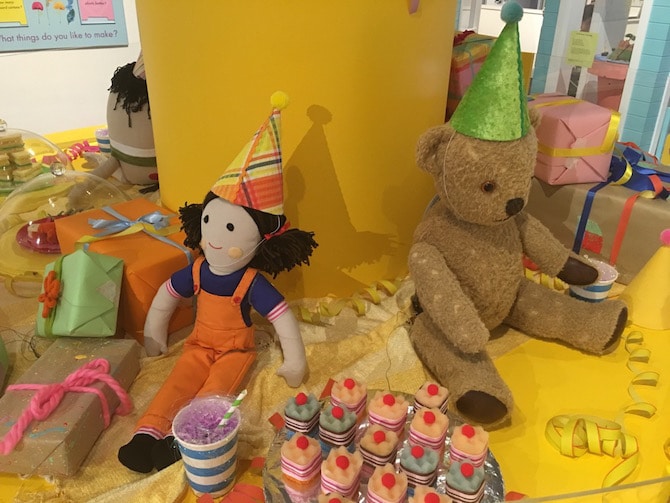 All of these guest presenters appeared on one show!

Remember these names and faces? 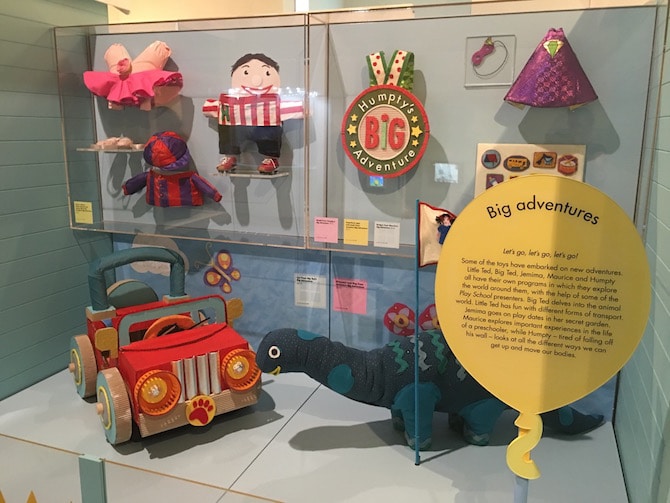 No.1: How often does Play School show every day?

No.2: How many people watch Play School each week?

More than ONE MILLION Australians tune in to watch the Play School program each week! 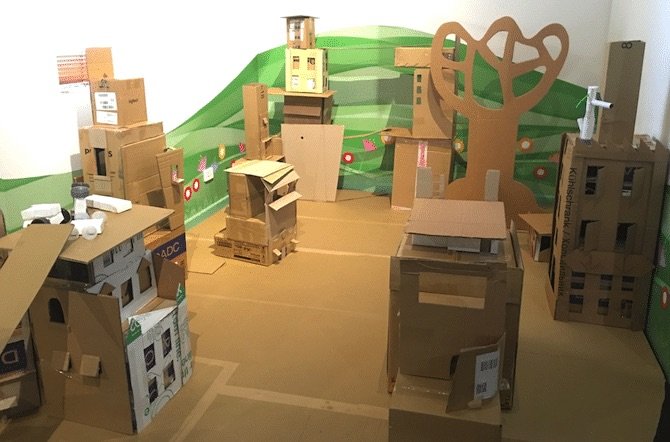 Play School is versatile and keeping up with the times!

No. 4: What was the inspiration behind the Play School TV show ?

Play School was adapted from an original program airing on the BBC in England in 1964 but it has long outlived that show, which ceased production in 1988.

The words to the Opening Title Sequence have always stayed the same… BUT there have been many different singers, arrangements, and images to go with them.

Take a look at the one above!

Play School Presenters sit on the comfy red chair, or on a cushion.

Sometimes the Playschool Toys – Jemima, Big Ted and Little Ted especially – are called in to help tell it. 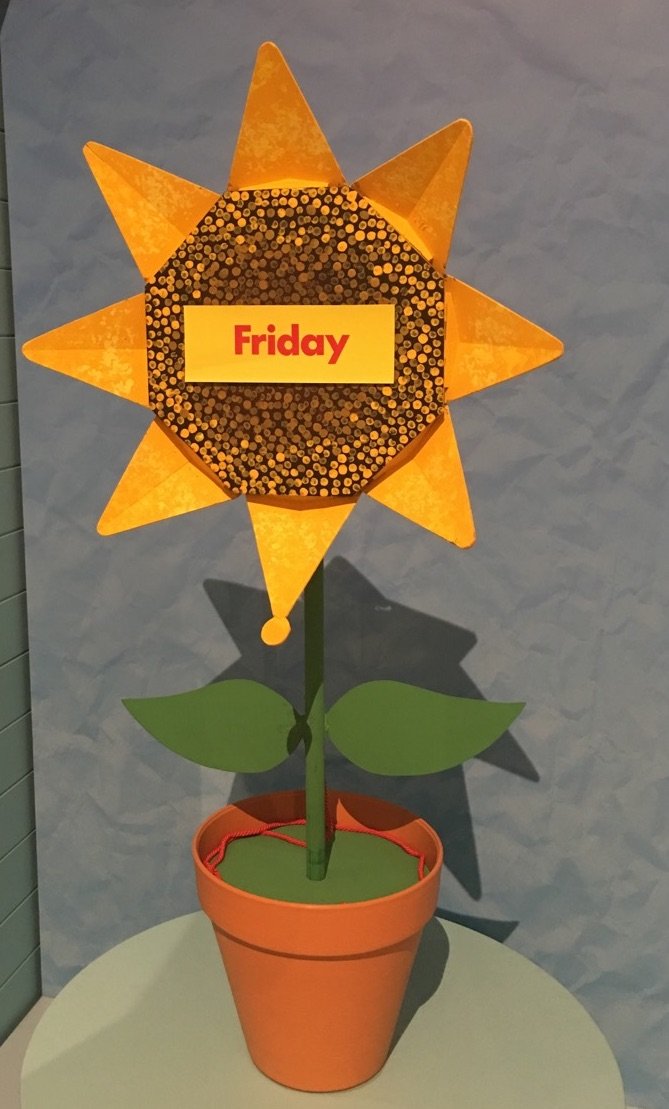 Each day of the week had a theme:

But with all the recent technological advances changing the way we view television, this calendar became confusing, so they ditched it in 2011. 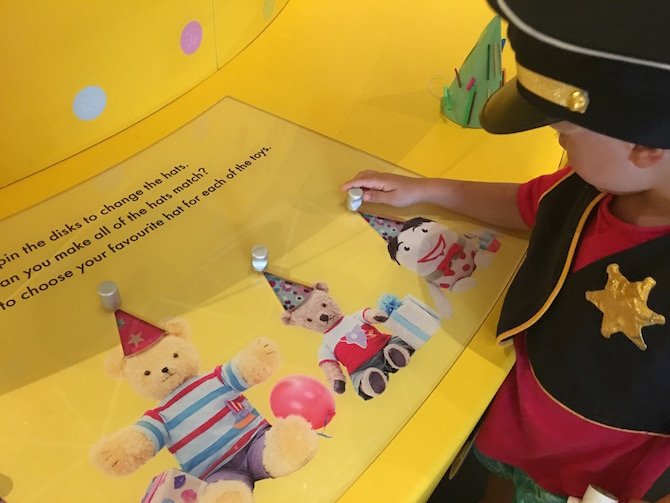 No.8: The Best Play School Toys

The Gang of Toys are the real stars of the show, ready to help out and assist in games and activities.

Big Ted, Little Ted, Jemima, Humpty, and the rest of the gang are HOUSEHOLD NAMES in Australia! 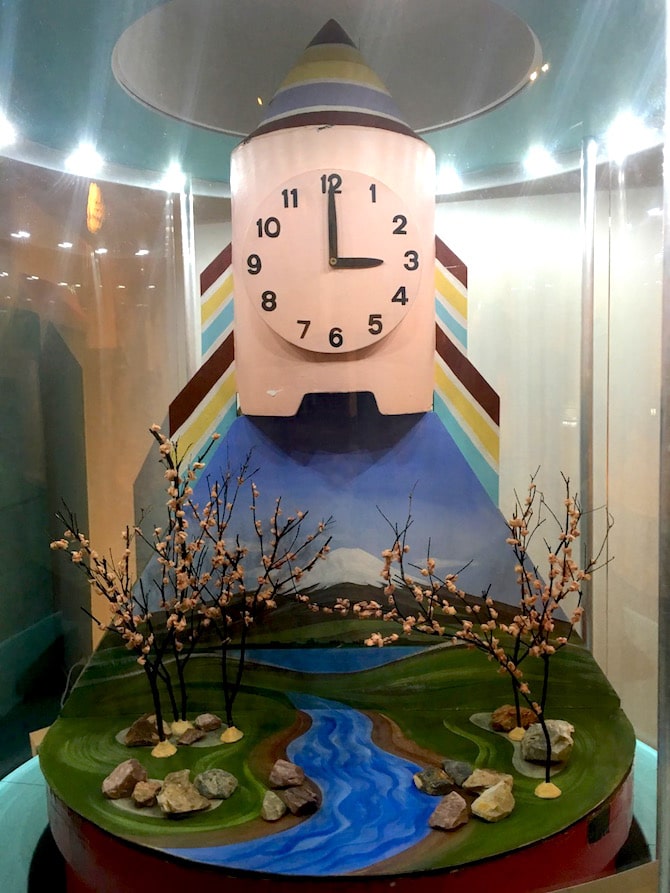 No. 9: Information about the Play School Rocket Clock

It is a favourite segment of young kids.

There have been plenty of different clocks, including the old favourite: The Play School Rocket Clock.

No.10: What is the Play School Clock Song?

(Listen to it above!) 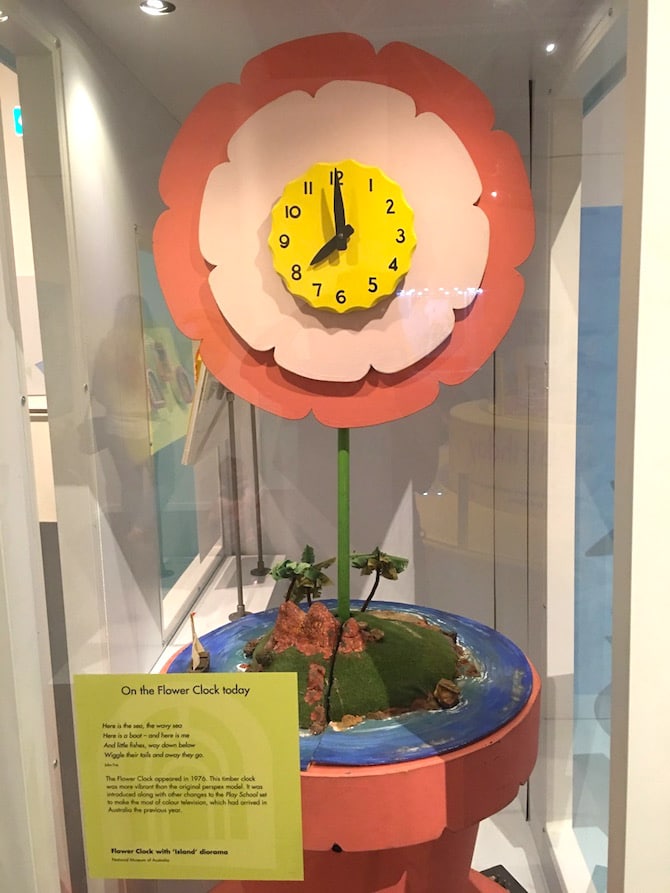 No.11: The Play School Flower Clock

It was introduced to the Play School set to make the most of colour television, which had arrived in Australia the previous year! 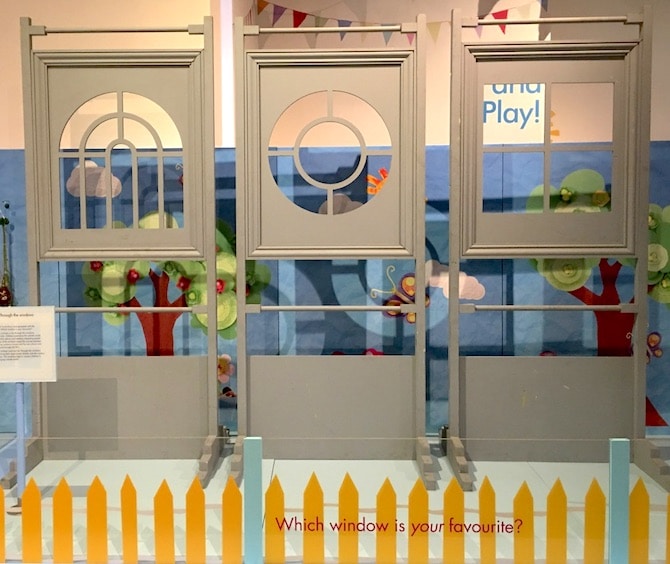 Going through the windows is another key scene in each Play School episode.

The three original shapes were Round, Square and Arched.

When a fourth, Diamond, window was added in 2000, it caused controversy! 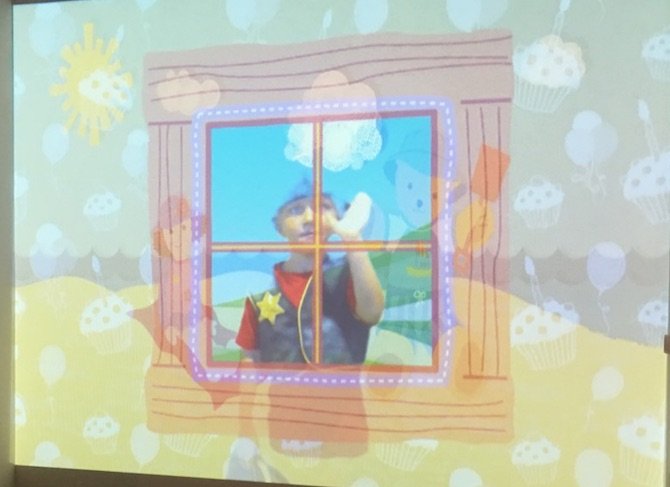 Play School in the real world!

The windows help children to engage with the ever-changing world outside, and meet new people, new places and see new things. 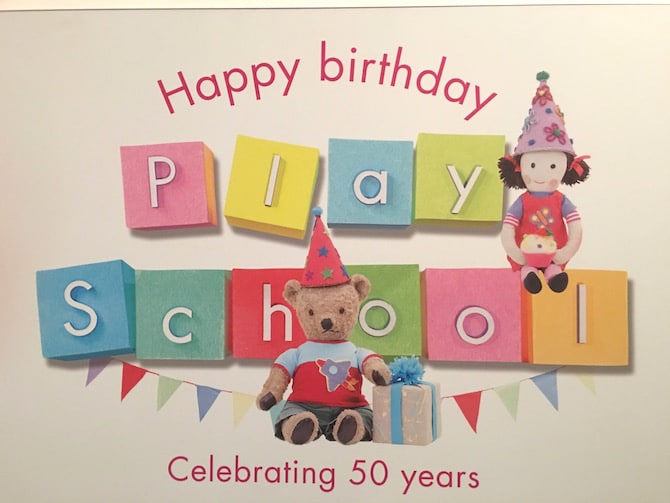 THE INSIDE SCOOP: Play School Exhibition

We visited the travelling Play School 50th Birthday Celebrations Exhibition back in 2017. 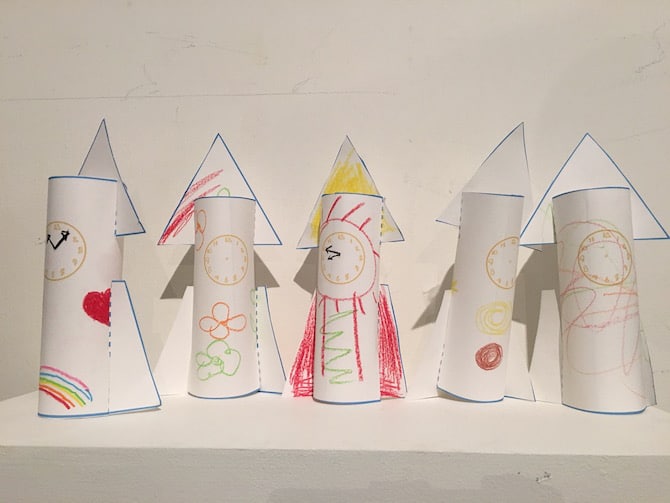 Activities included the chance to: 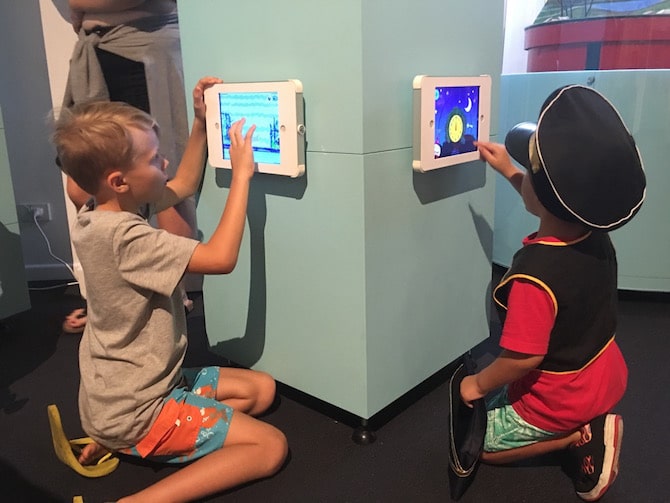 The free exhibition travelled around Australia during 2016-2017, and was in place at the Gold Coast Arts Centre (HOTA) at 135 Bundall Rd, Surfers Paradise, QLD  in February 2017.

There was a little gift shop at the exit, celebrating 50 years of ABC Play School.

Looking for more fun things for kids to do?