TOP 10 THINGS TO DO AT MARY POPPINS FESTIVAL WITH KIDS

INSIDE: Insiders Guide to the Mary Poppins Festival in Maryborough.

Did you know that the world-famous story “Mary Poppins” was written by an Australian, author PL Travers?

And that her birthplace – the delightful country town of Maryborough in Queensland – hosts an annual “Mary Poppins” festival in her honour?

If you didn’t then, you do now, and there’s no excuse not to make the journey to our Number One favourite festival event in Australia. (Closely followed by Woodford Folk Festival!)

Take a sneak peek below! 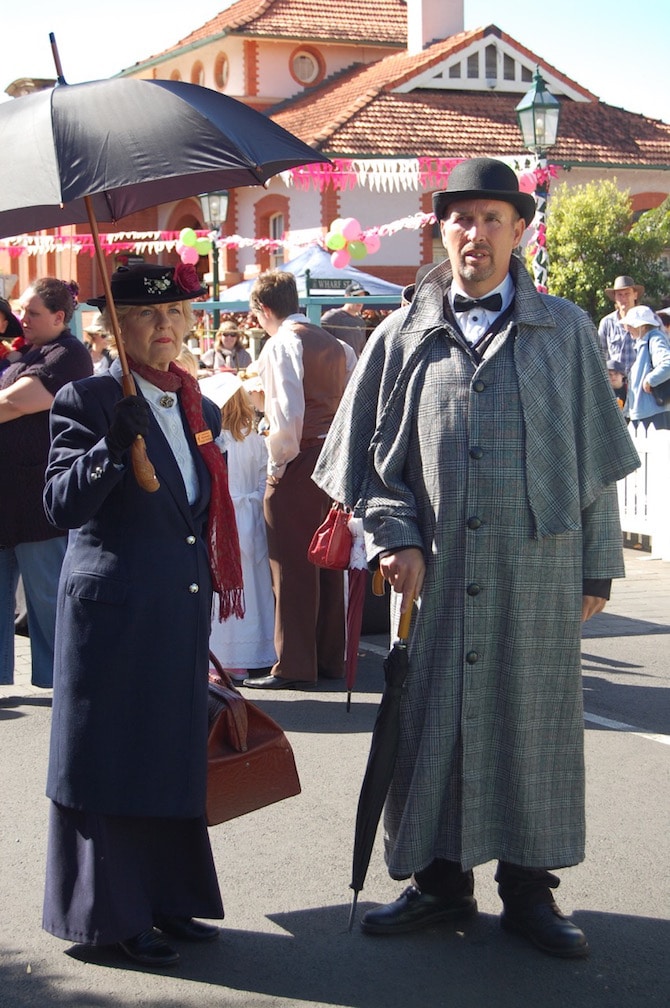 Heres the top 10 things to do at the Mary Poppins festival with kids. 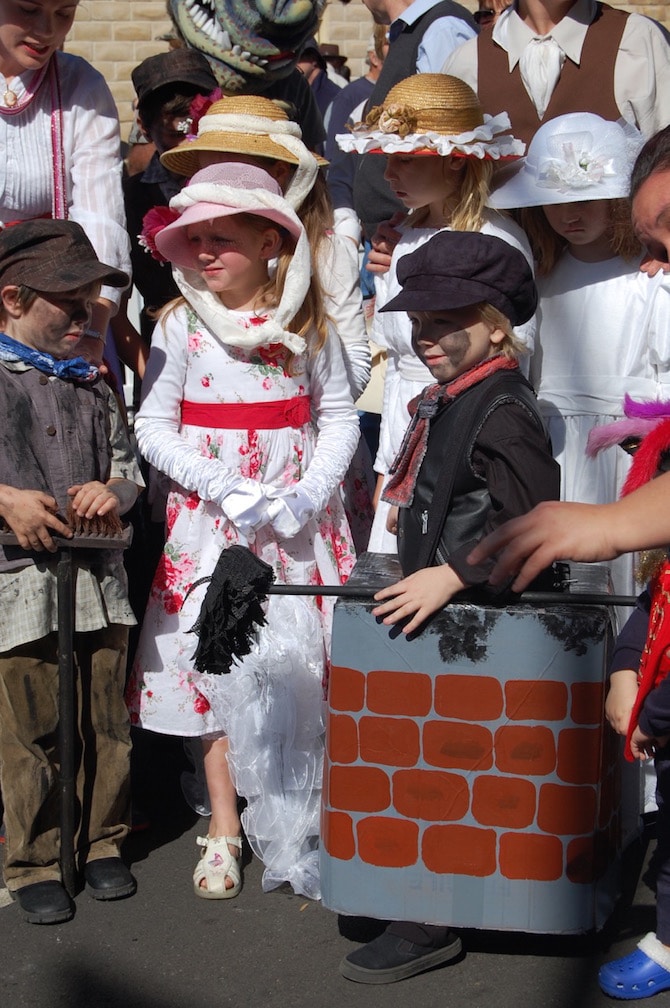 Save the date and make a big weekend of it.

“Winds in the east, there’s a mist coming in, like something is brewing, about to begin.”

The main festival happens from 10am to 4pm on one Saturday in July.

But Friday night is the time to join in a Mary Poppin’ street party with:

Be reintroduced to all the different characters from the novel during this performance, with morning tea provided too. 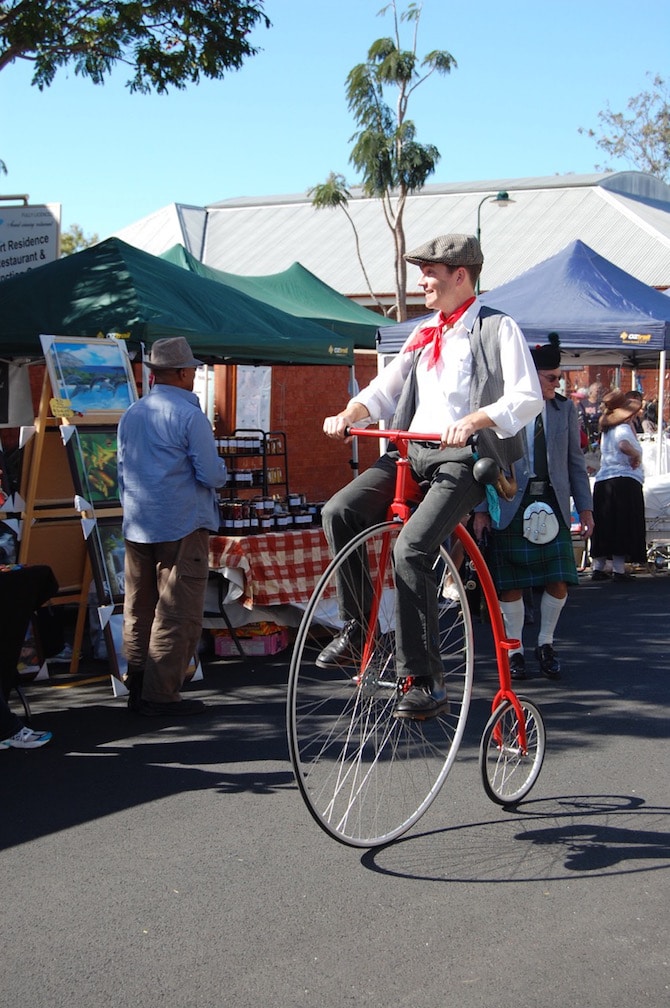 At 12pm, mark your spot and watch the Grand Parade.

This procession is filled with adorable costumed characters and themed props.

Join in if you feel the inclination with your own Mary Poppin’s inspired outfit, bottomless bag, and umbrella combo. 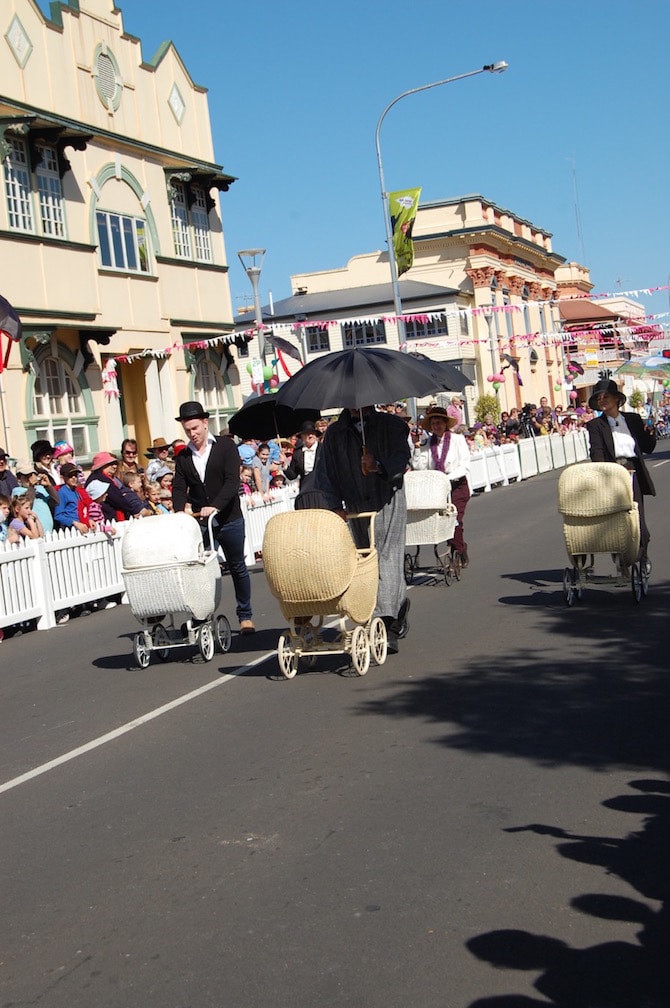 No.3: Laugh your lungs out at the Competitive Games

The Great Nanny pram push is THE highlight of the Mary Poppins Festival games. 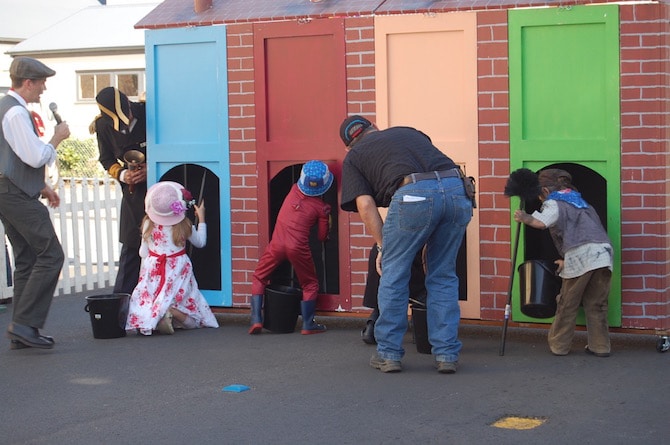 But the Chimney Sweep Challenge is right up there! 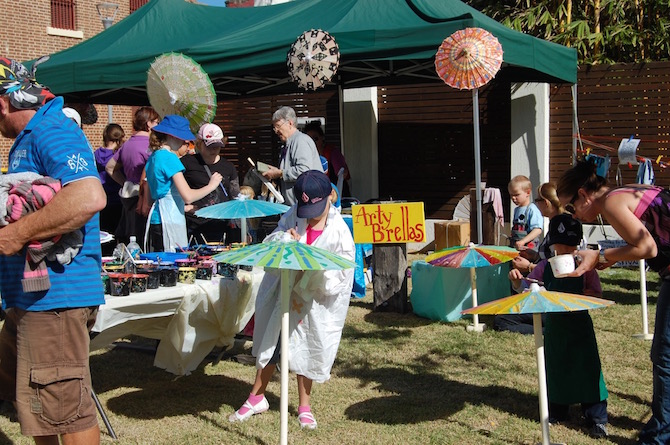 No.4: Join in a Mary Poppins themed art or craft activity

Join in activities such as umbrella painting and kite making.

Do take a walk through the Heritage Art and Craft Extravaganza to see the Quilt show and Forgotten Crafts too. 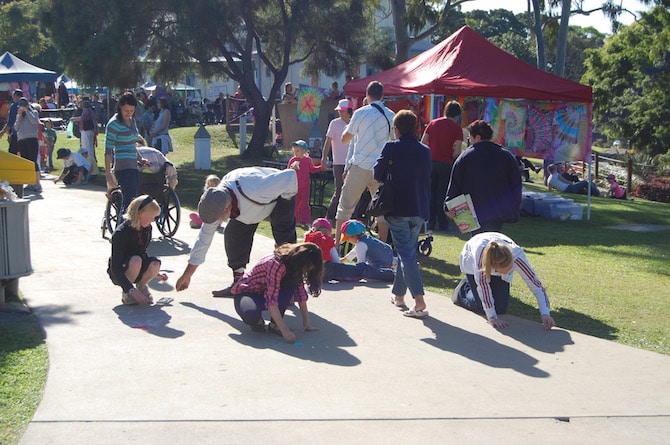 No.5: Become a chalk artist

Just like Dick Van Dyke’s Cockney chimney-sweep Bert, there’s a rainbow of chalk for everyone to join in the pavement art. 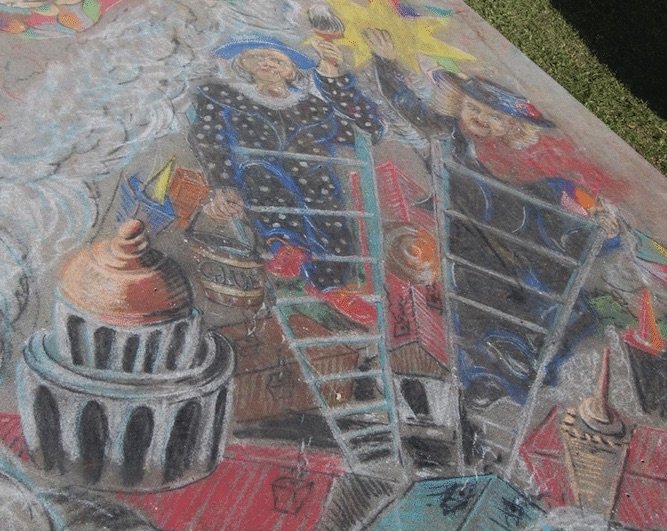 Some of the chalk art is spectacular! 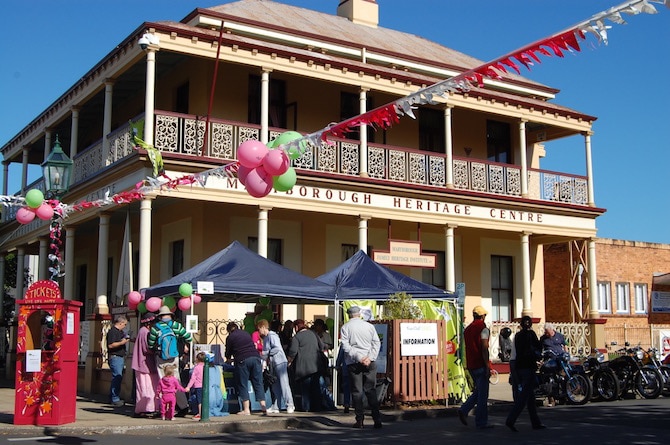 No.6: Immerse yourself in history and culture

Wander around Maryborough’s town to see all the historical buildings and signage: 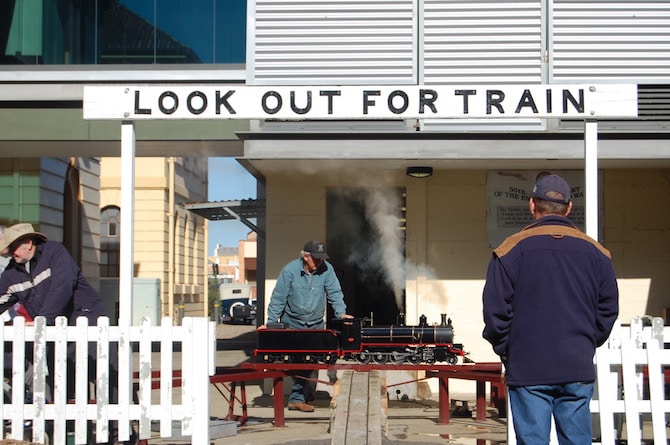 No.7: Ride the miniature MESLA train

Jump on board Whistle Stop’s replica steam train, the Mary Ann, on the riverside track.

Or return to simpler days with a horse and carriage ride 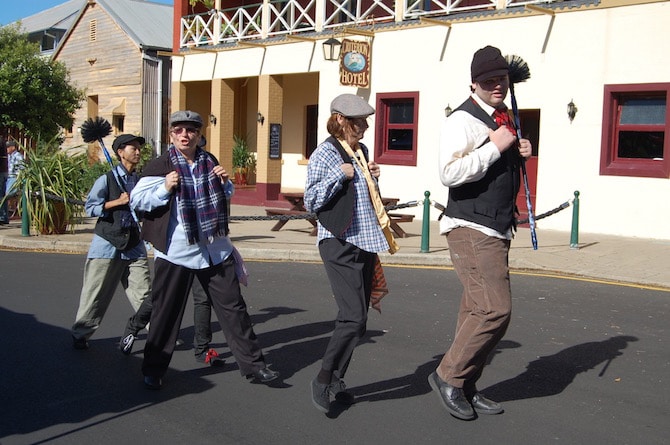 Hear the City Big Band in action, spy a Larrikin puppet show, and pick up a hula-hoop at a circus arts workshop.

Be ready to duck your head when Admiral Boom fires his cannon! 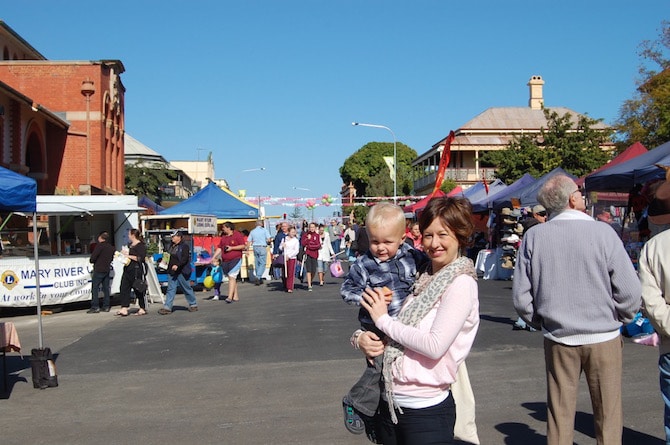 No.9: Listen to the yarns, the tall tales, and the storytelling

Book to join a story trail, take a seat on Mary’s River Cruise singalong, or stop by the Storybook Nook with the kids. 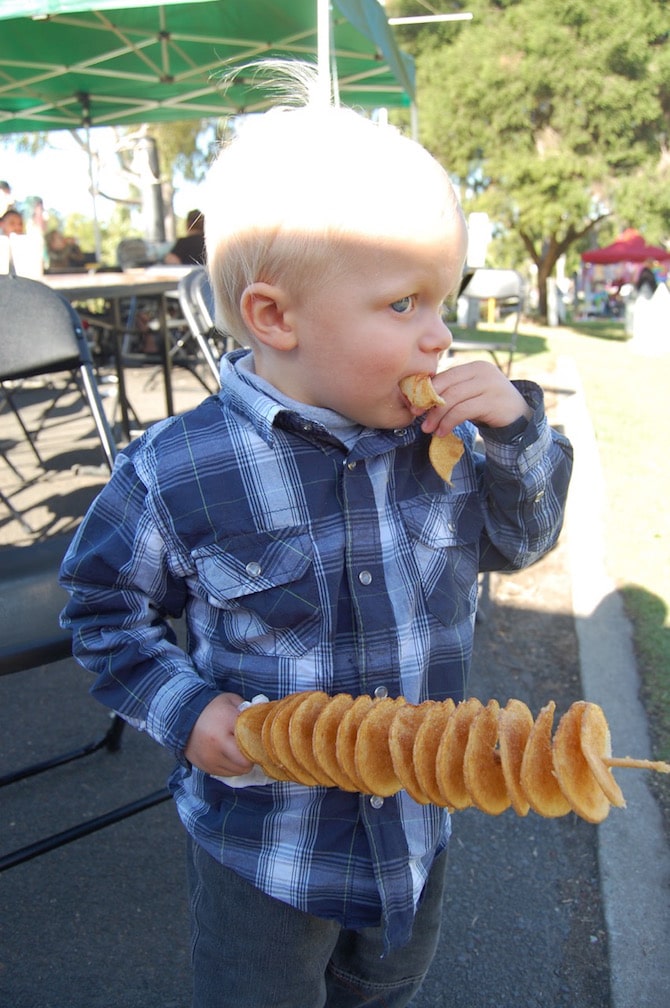 No.10: What to eat at Mary Poppins Festival

Eat lunch from one of the mouth-wateringly good food trucks.

Look out for these twirly potatoes on a stick.

Or step back in time, and buy a bag of penny sweets at the Lolly Shop. 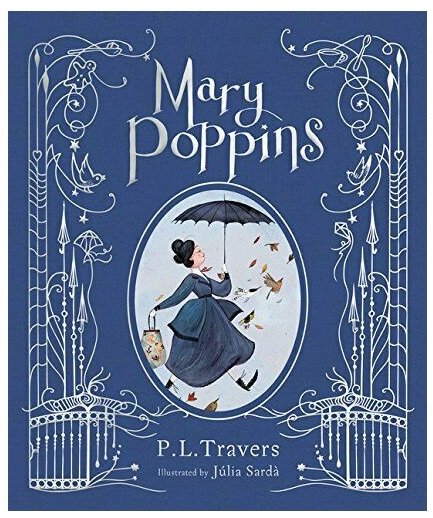 Shopping for Souvenirs at the Mary Poppins festival

You can also shop for Mary Poppins themed goods and souvenirs at the markets, and gift stores in town. 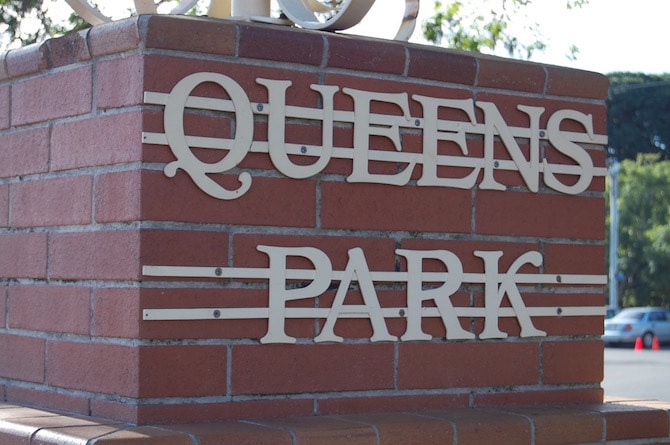 Let’s go fly a kite! Mary Poppins in the Park

In the Mary Poppins novels, the father of the children is a bank manager not-so-inspiringly named “Mr Banks”.

JL Travers’ father was a bank manager in Maryborough.

The building where she lived (for the first couple of years of her life) is just a short stroll from Maryborough’s majestic Queens Park.

It is very likely she was a regular visitor to the park with her mother.

Heritage listed Queens Park is one of Australia’s earlier botanic gardens, and with its heritage listed features it shares many similarities with the park of the novels near the Bank’s home, which the children and Mary Poppins frequented.

The first book includes a party at the zoo among the animals, and in the years before and after Travers youth Queens Park also hosted a zoo and aviary.

It was also a common social practice for people to dress in their finery and promenade through the park along the river.

There is also Admiral Boom, the former naval officer who lives next door and fires his cannon to mark the time.

In Maryborough, it was once practice to fire a cannon every day at 1pm to mark the hour, and let the workers in the cane fields know it was time for lunch. 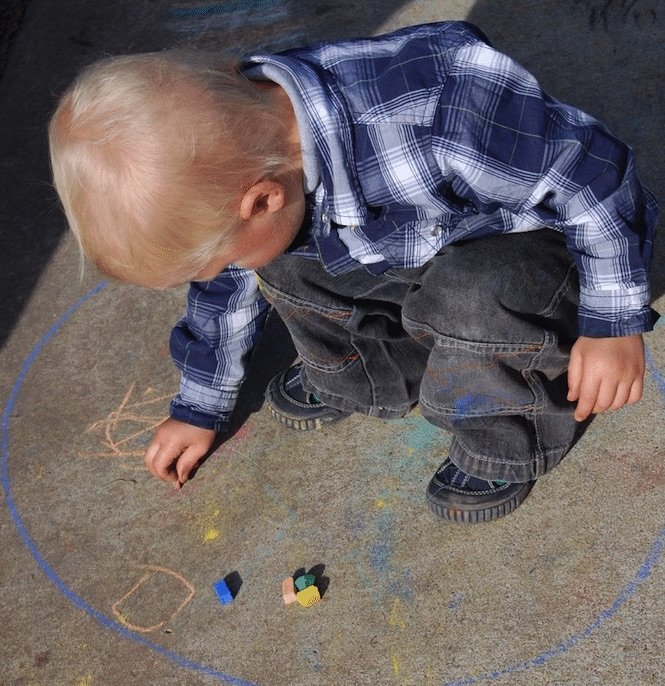 Address: The location of the Mary Poppins Festival and associated events is in the Maryborough township main streets.
Telephone: 07 4196 9600
Email: [email protected]
Book events: Want to book events held during the festival? Book on the website, by phone on 1800 214 789, or in person at the Brolga Theatre Box Office at 5 Walker Street 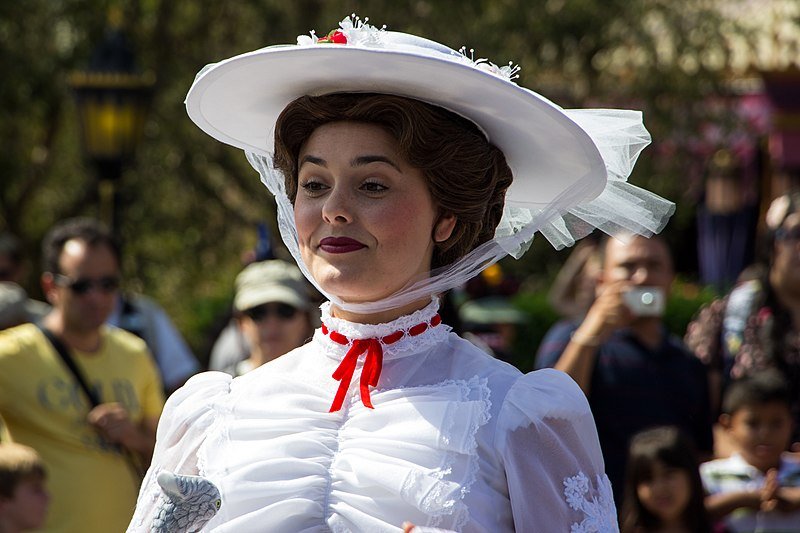 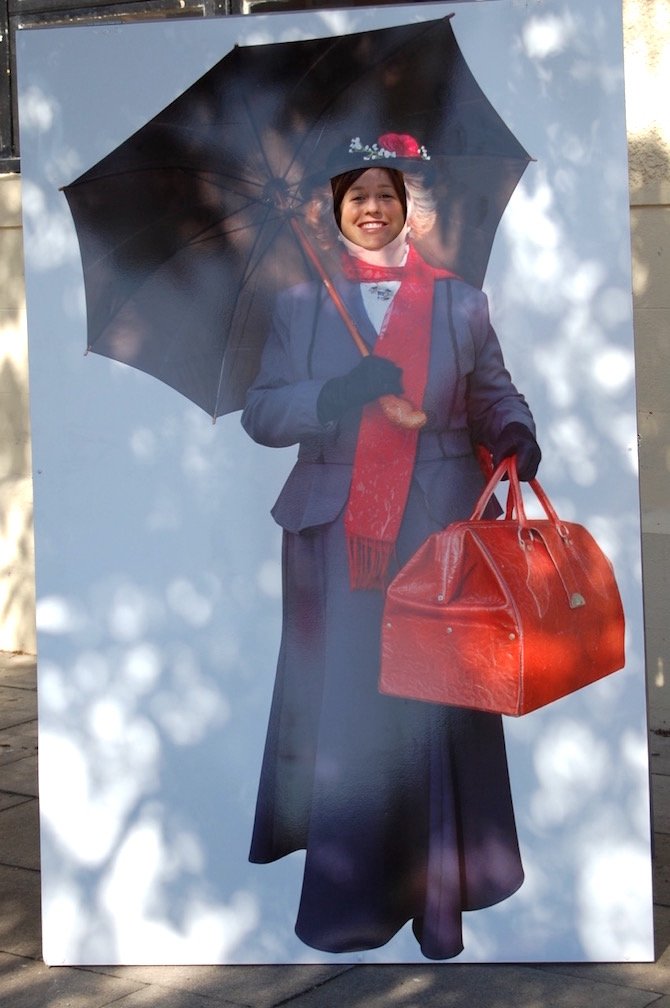 The Mary Poppins Festival in the Park is the main event on the final Saturday. It’s usually held in the middle of the June & July QLD school holidays.

You’ll find all the things listed above, and more. 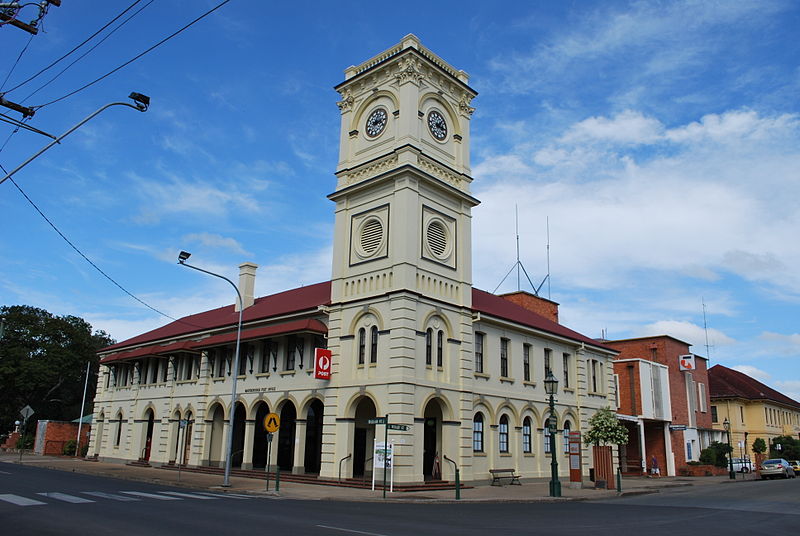 Where to stay in Maryborough 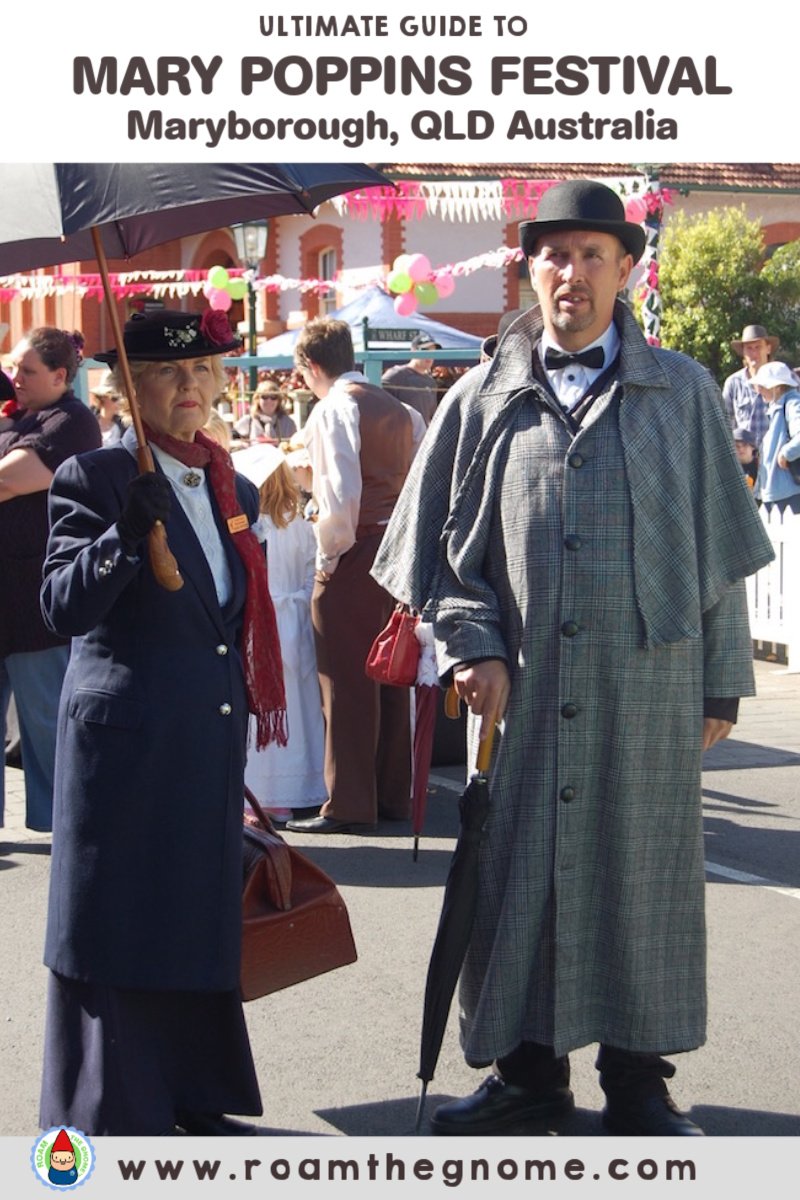 How to get to Maryborough QLD?