INSIDE: The Complete Pania of the Reef Story for visitors & locals.

The Pania of the Reef statue on Marine Parade in Napier has a story to tell!

This statue in Napier is a tribute to the old Maori legend of Pania, a beautiful girl/sea-creature who once lived in the ocean.

Pania of the Reef is New Zealand’s own Little Mermaid Story!

Read all about Pania, and how the statue came to be, below. 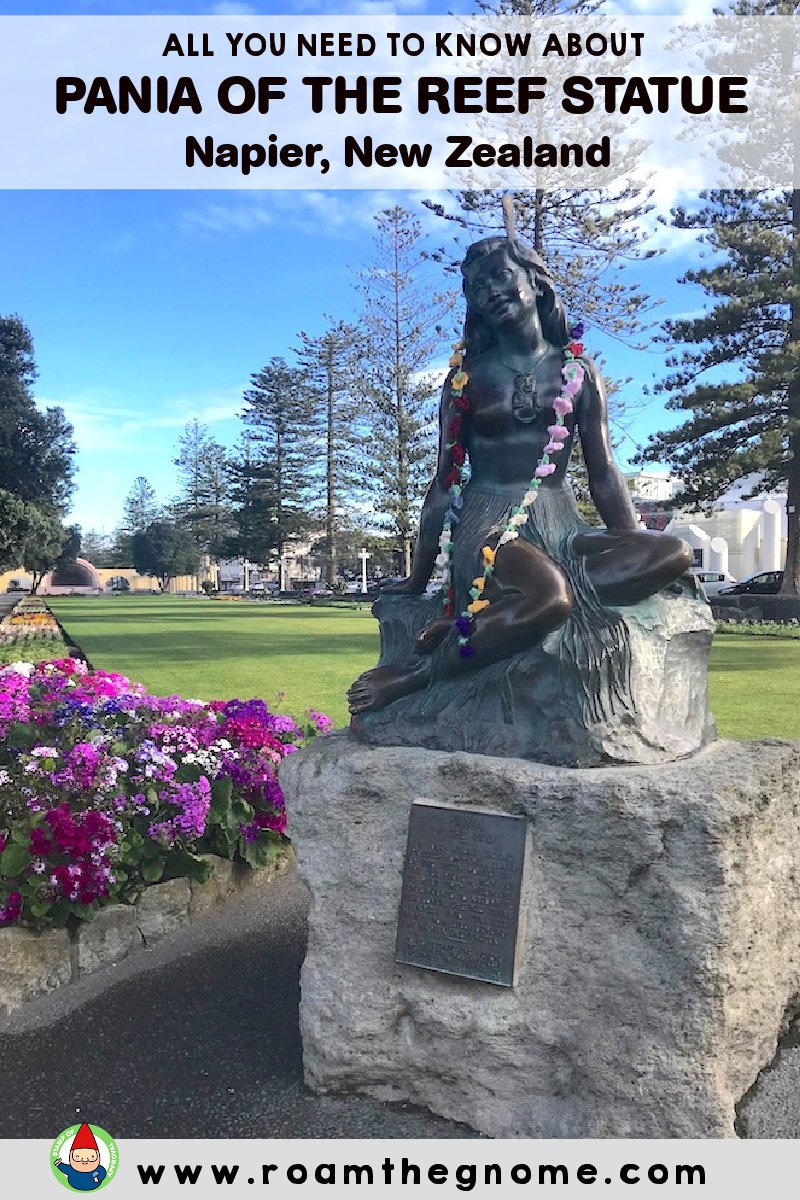 See below for the Pania of the Reef Myth.

Interesting fact: The sculpture was once shot in the head (strange but true) and she’s also been stolen once too. 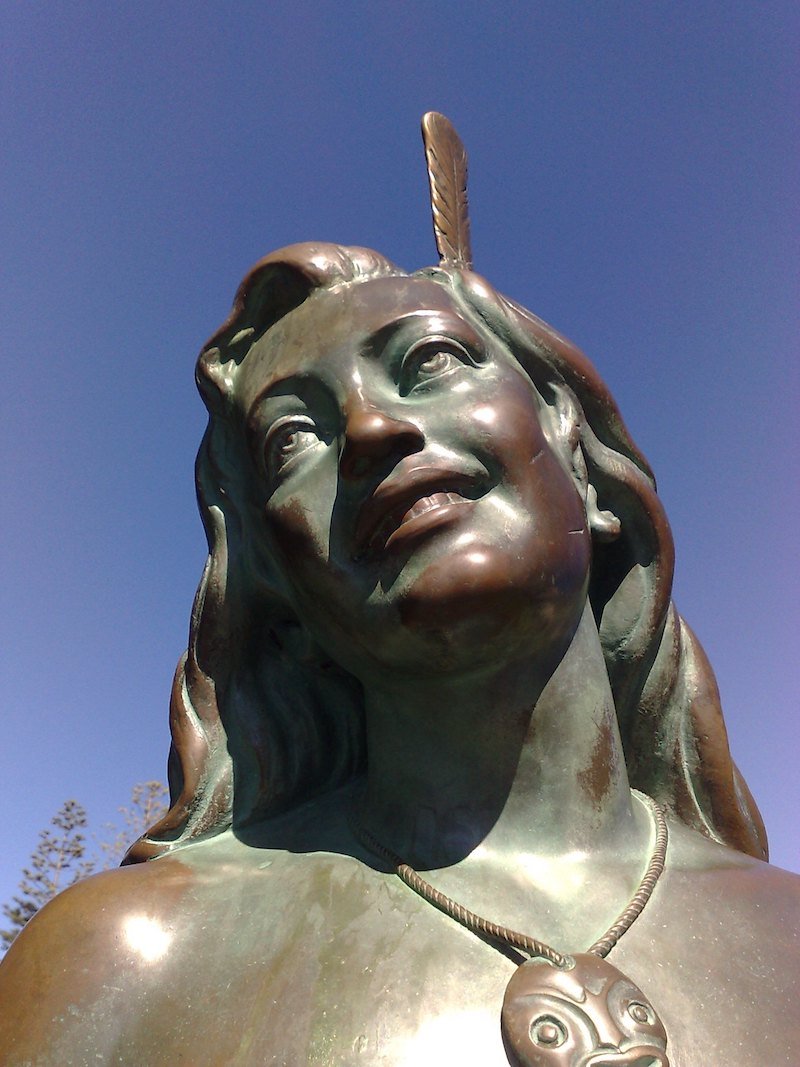 The Pania of the Reef Story

The big question is WHO is Pania of the Reef?

In a tome similar to the modern day retelling of the Little Mermaid, Pania left her sea people (when love’s irresistible call lured her out of the briny waters) to marry a chief, Karitoki.

When Karitoki was called to fight in a tribal war, Pania’s family took the opportunity to sing to her, calling her name.

Unable to resist, Pania swam out to meet them once again.

Pania was turned into the rocky reef which lies just beyond the breakers on Napier beach.

The statue in the Marine Parade Gardens is thought to be the first time a Maori legend has been immortalised in a bronze sculpture.

She is now one of the most photographed attractions in Napier.

(Wondering who wrote Pania of the Reef? Peter Gossage is the author of this picture book based on the legend.) 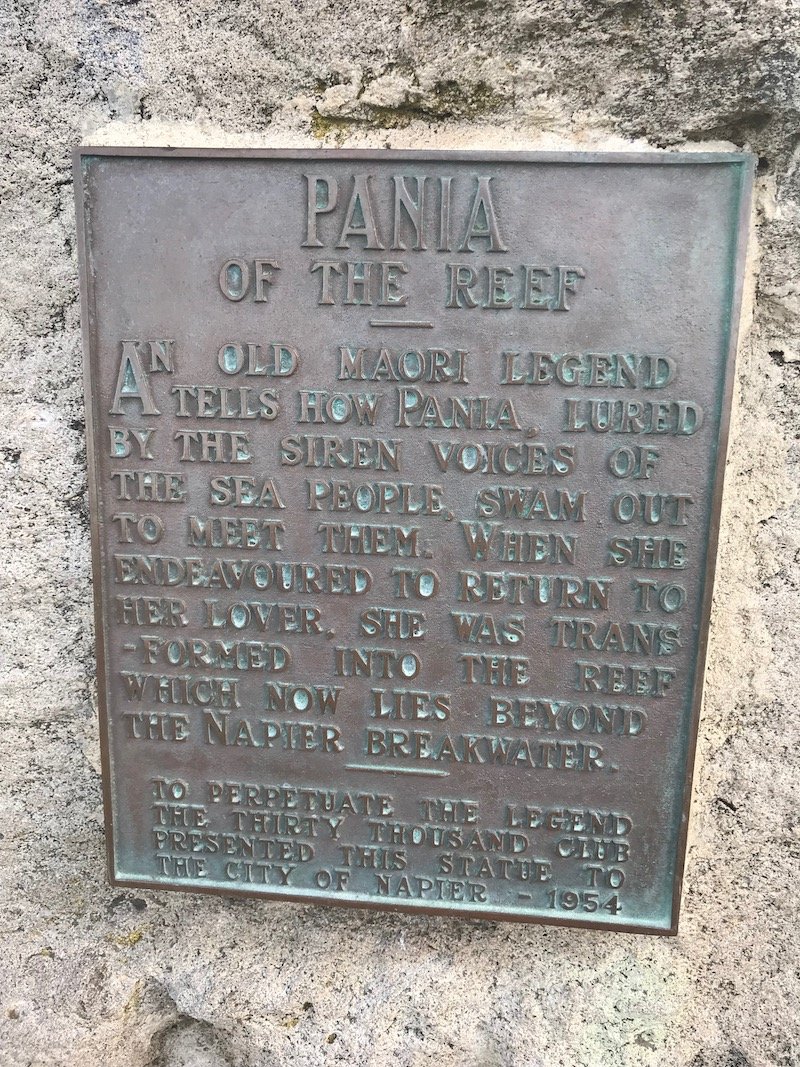 Pania of the Reef Legend

Who was the Pania of the Reef model?

Sculpted in Italy in the likeness of a local Maori girl from the Hukarere Māori Girls’ College (15-year-old Mei Robin), the bronze statue was unveiled in June 1954 by the then Prime Minister Sid Holland.

The 60-70 kilo statue was gifted to Napier by the Thirty Thousand Club after members heard the story of Pania from F A Bennett, the first Bishop of Aotearoa (New Zealand) during his tour of Napier.

Pania of the Reef Song

Fun Fact: Did you know there’s a song about Pania?

Listen to this Maori classic about the Maori mermaid here. 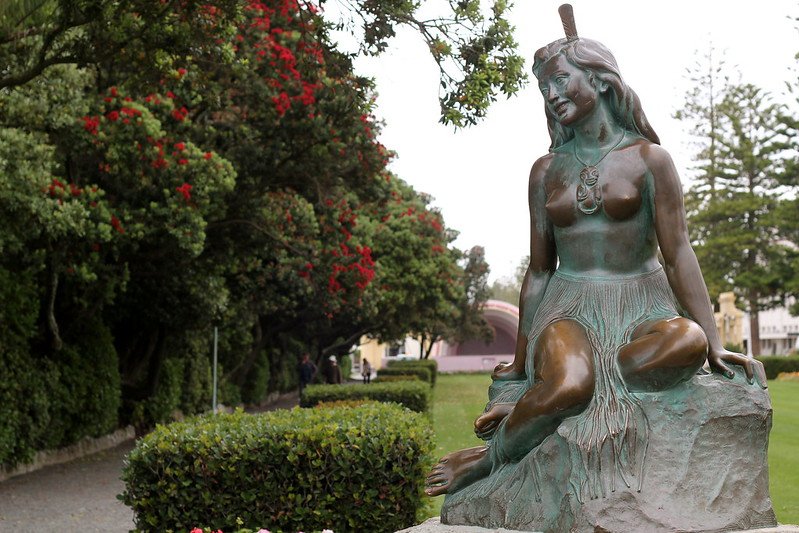 THE INSIDE SCOOP: Where is Pania of the Reef statue?

Address:  The Pania of the Reef sculpture can be found to the left of the Napier Sound Shell as you face the ocean, on Marine Parade, Napier South.
Entry fee: Free
Opening Hours: Sunrise to sunset

How to get to Marine Parade Napier

There’s lots of free street parking all the way along Marine Parade.

Map of Pania of the Reef Napier

Toadstool Rating for Napier Pania of the Reef

The tale of this beautiful maiden is interesting Maori culture experience for the kids.

But not much to DO there though, so don’t expect to be there more than 10-15 minutes.

MORE Things to do in Napier with Kids

Around the point, you’ll find the Napier Lookout over the Port of Napier too.

RELATED: The Ultimate List of the BEST things to do in Napier with kids

Looking for More Things to Do in New Zealand for Kids?