INSIDE: The Household Cavalry Museum in London lets the kids see behind-the-scenes of a real Royal job!

If your kids LOVE horses, you might like to take them behind the scenes to see the troopers from the Queen’s Life Guard ceremony working with the horses in the original 18th century stables.

Peek through the glass at this living museum in London to see real people doing their job of caring for, and preparing the horses for the daily ceremony.

The stables are separated from the main museum by a glazed partition and nothing else.

If you visit during school holidays, there’s family activities too.

It’s the best alternative to the crowded Buckingham Palace Changing of the Guard ceremony with the same pomp!

Sneak a peek into Royal Life at the HOUSEHOLD CAVALRY MUSEUM with kids too.

Take a look below for all the details

Disclosure: This article contains affiliate links. If you make a purchase after clicking on one of these links, we may receive a small commission at NO extra cost to you. Main image credit: Kim via Flickr CC BY SA 2.0 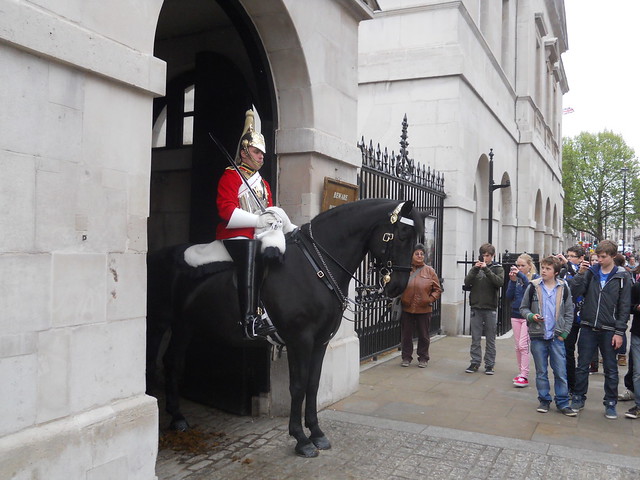 Guide to the Household Cavalry Museum Attraction in London

The Household Cavalry mounted regiment have protected successive kings and queens from rebels, rioters and assassins for nearly 350 years.

The Changing of the Queen’s Life Guard daily ceremony has remained broadly unchanged for over 350 years. 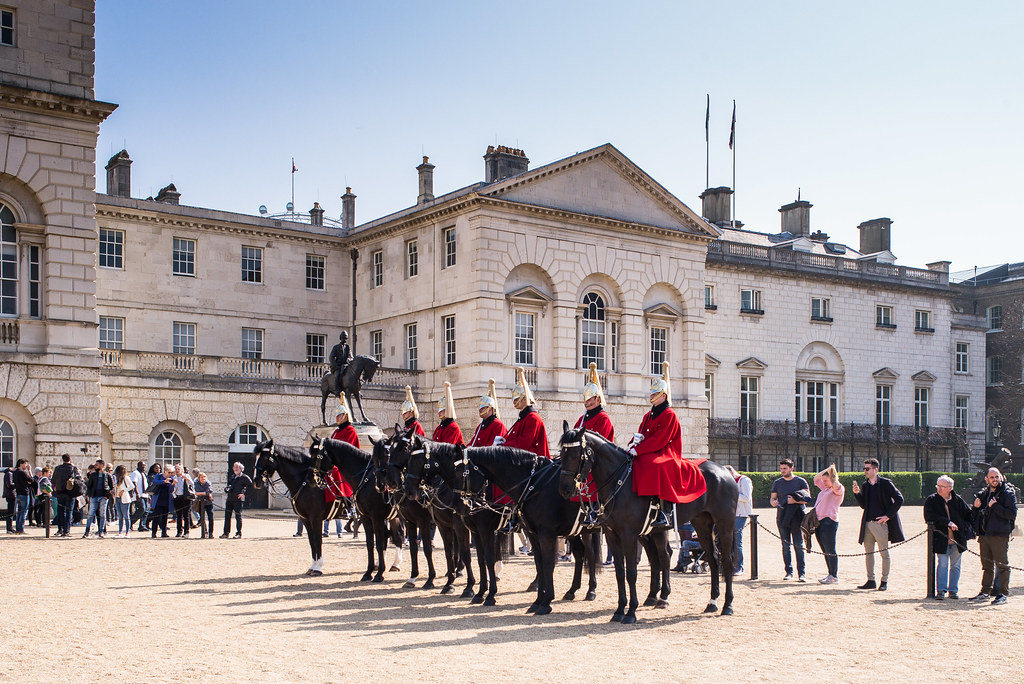 Best Things to do at Royal Household Cavalry Museum with Kids

No.1: See the Household Cavalry Regiment in action

Take a look at:

No.2: Watch the horses being cared for

All the horses here are on duty.

Depending on the time you visit, you might see them:

You’ll smell the freshly polished tack, and the distinctive aroma of the working stables too.

You can touch the 200 year old stable stalls too.

Take an audio-visual tour on a handheld interactive touchscreen guide.

It is available in 8 languages (including English, Chinese, Russian and Portuguese.).

The touchscreen MP3 player outlines the Household Cavalry’s history and achievements with soldiers describing what it is like to serve in the regiment today on ceremonial or combat duties. 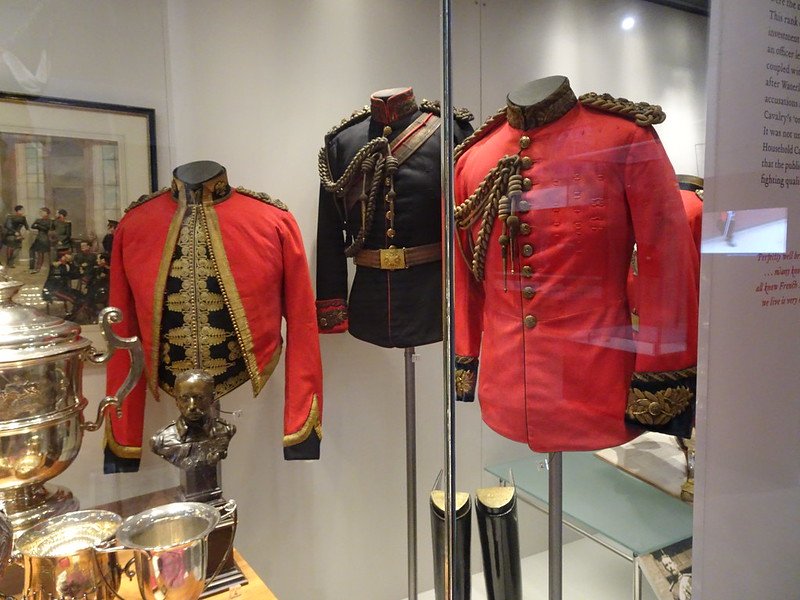 MORE of The Household Cavalry Museum London for kids

No.4: Dress up in Household Cavalry uniforms

Try on one of the real Queens Life Guard uniforms.

Are you ready to protect the Monarch at home and abroad in the Household Cavalry dress uniform?

Take a look at the video explaining:

No.6: Visit a Historic Building

Visit one of London’s most historic buildings, The Household Cavalry Museum sits within Horse Guards in Whitehall, dating from 1750.

No.7: Look at the Royal Collection of Treasures

See the collection of rare and unique treasures (many on display for the first time) including:

Modern additions to the collection include Jacky Charlton’s football cap – he did his national service with the regiment and Sefton’s bridle – the horse that was injured in the 1982 Hyde Park bombings. 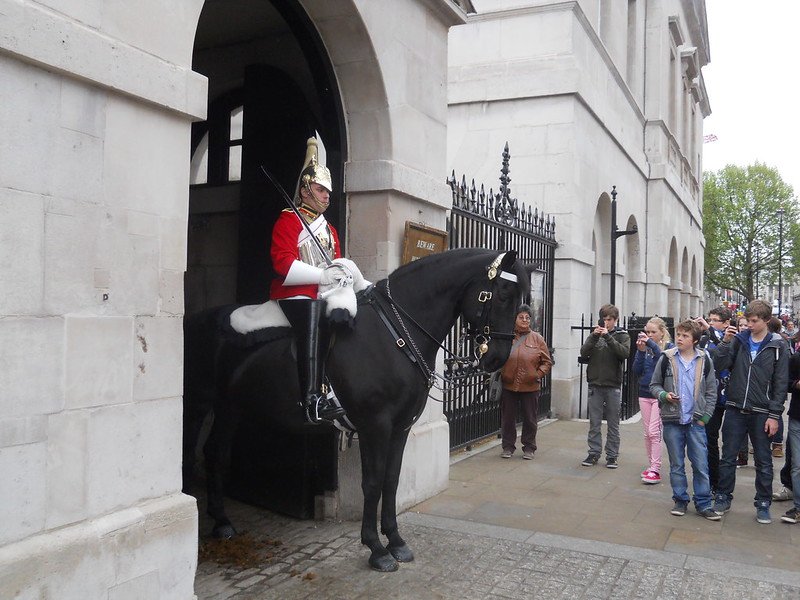 Learn about the techniques our soldiers use to master their horses and complete the gruelling preparations for regimental inspections.

No.3: Hear talks by the Household Cavalry Life Guards

Hear first hand accounts of how troopers are chosen, and what is involved in their rigorous training regime

No.4: Check out the battle kits

See inside an up-to-date kit of what each trooper takes into battle, highlighting the dangers they face

Take part in regular art and crafts workshops, and Under 5’s Mini Trooper sessions on school holidays and weekends. 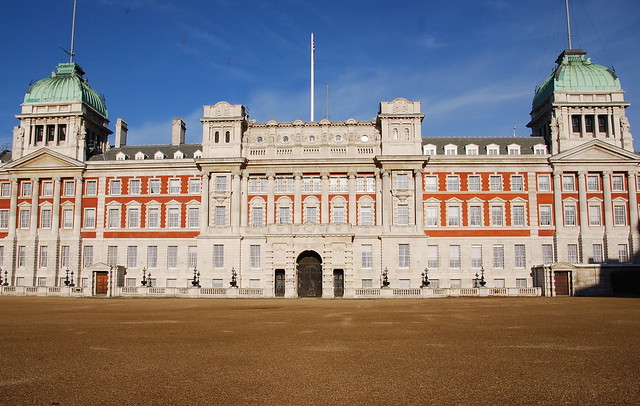 Visit the shop to buy your own copy of “Nimrod – A Cavalry Black” picture book.

This picture book gives a fascinating insight into the world of the Household Cavalry horse and is a perfect gift for horse lovers of all ages. 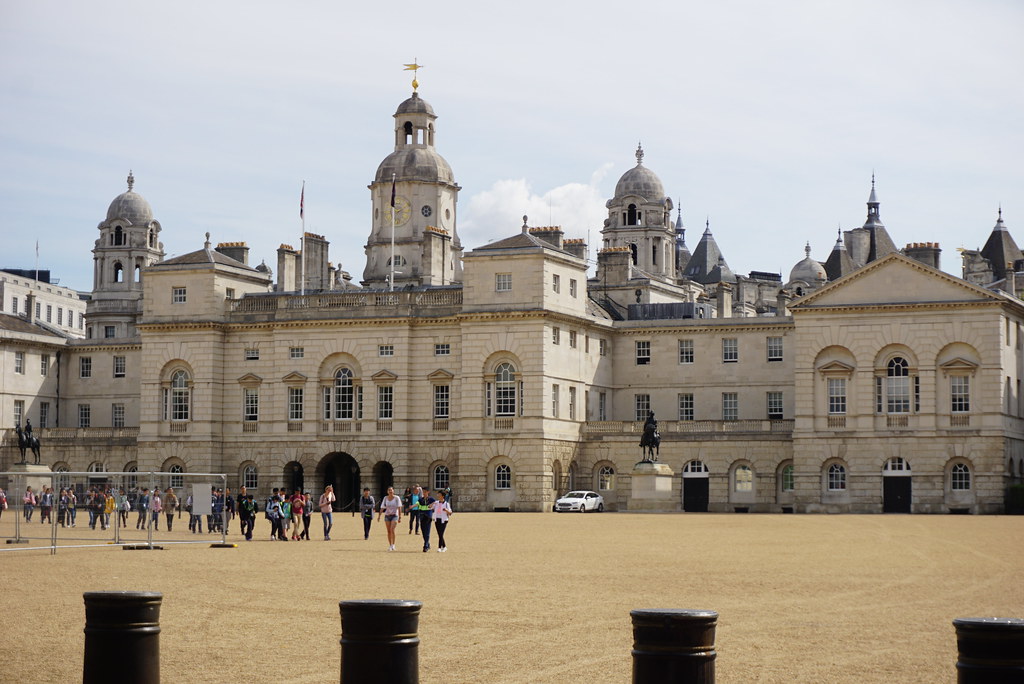 Facts and History about the Household Cavalry Regiment

The Household Cavalry regiment was formed in 1661 under the direct order of King Charles II and now consists of the two senior regiments of the British Army:

They currently have units deployed on active service in Iraq and Afghanistan.

Their fighting capacity is matched by our strategic role in international peace keeping and humanitarian operations. 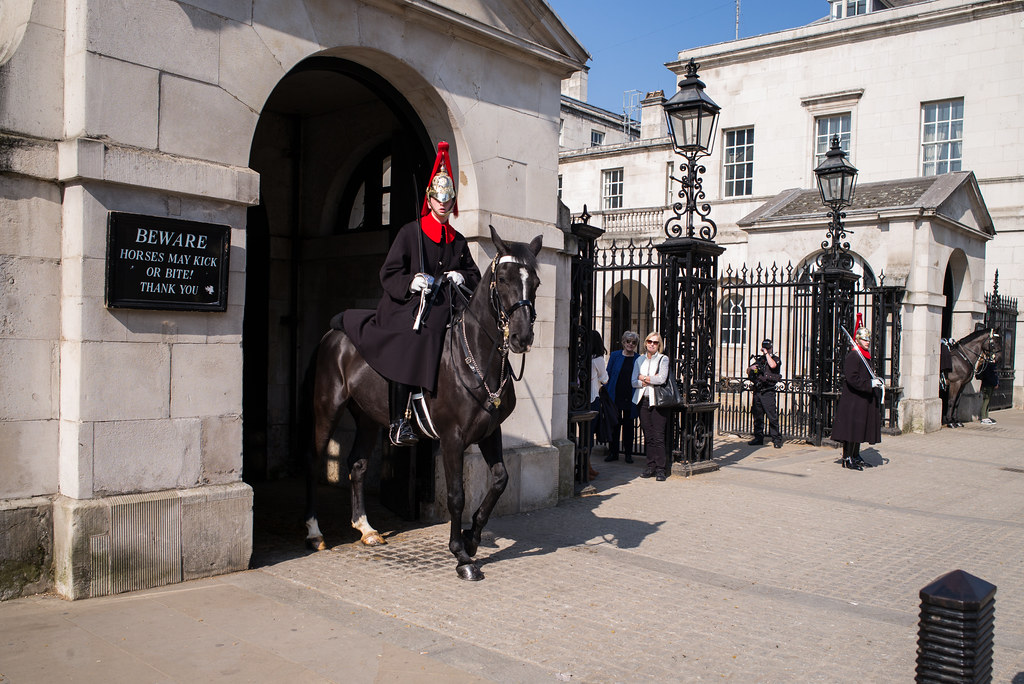 THE INSIDE SCOOP: Household Cavalry Barracks

The Museum is situated in Horse Guards, the heart of ceremonial London, with access off Horse Guards Parade.

Open Daily to the public, 7 days a week

The Changing of the Queen’s Life Guard takes place daily on Horse Guards Parade at 11am (10am Sundays).

How to get to Household Cavalry Museum

The museum is within very easy walking distance of Trafalgar Square, Parliament Square and Downing Street, St James’s Park and Buckingham Palace and the Embankment piers.

Visit these London tourist attractions nearby:

Looking for MORE of the best museums in London for kids?

Click the links in blue below for more London ideas.